LoveLee Skin's owner Vanessa Austin provides her customers with service from the chest up.

AmTrust Bank opened its doors for business in Maricopa at 9 a.m. Monday, and by the end of the day had opened several checking accounts for new customers.

Orbitel Communications is adding 39 new channels in June, including 17 high-definition, with a mix of news, sports, family, movie, and religious programming.

Wells Fargo is the financial services sponsor of the June 2 launch of the limited edition Arizona State Quarter and will be the first in the state to distribute the coins. Select Arizona Wells Fargo stores will have quarters for sale in $10 rolls on June 3.

He has cut the hair of well-known sports figures such as former Phoenix Sun Eddie Johnson and one-time Baltimore Oriole Albert Bell, and he wants to cut yours, too.

Danny Meehan of the Arizona Work Force Connection will be in Maricopa once each week to help residents find jobs.

The Arena Sports Grill is has a new way for local women to get past those midweek blues.

Desert Star Gymnastics may have only been open for about a year, but it already has quite a following.

Agave Family Physicians, owned by Dr. Steven Macko, Dr. Andrew Schatzki and Dr. Kyle Stoeckmann, has been in business in Maricopa since October 2006.

For those who haven't bought that special lady anything yet, don't worry. There is still time and plenty to choose from close to home at several stores in Maricopa that will be open Saturday and Sunday for last-minute purchases.

Maricopa's Jack in the Box is among those sporting a fresh look, while promising changes beyond cosmetic with menu updates in the works.

More than a week after the last chip hit the dip, the Maricopa Salsa Festival Presented by inmaricopa.com is still adding spice to the life of at least one Senita resident.

The owners of Sparkle House Cleaning appear to have chosen an appropriate name for their family-owned cleaning business.

Offering free mini massages in its booth at the Maricopa Salsa Festival Presented by inmaricopa.com apparently paid off.

inmaricopa.com recently changed its classified ad pricing, changing the price of business ads to $29 and doubling the term from 15 to 30 days. It also increased the $49 employment ads to 30 days.

Southwest Peddlers is moving to Phoenix in search of more affordable rent.

Face it. That CD designed to teach commuters Spanish while they are bottlenecked on a Valley highway works as well as quickly selecting your favorite song off of a cassette tape.

Update the resume and prepare the cover letter.

With more than 75 businesses and organizations having now clamored for table and booth spaces, the Fourth Annual Central Arizona College Job and Career Fair will be one of the key business mixers for job seekers in Pinal County this spring.

The first 300 players at the bingo hall at Harrah's Ak-Chin Casino Resort when it reopens April 16 will receive a gift, a Harrah's spokeswoman said on Thursday.

Entrees Made Easy has closed its doors, at least for now. 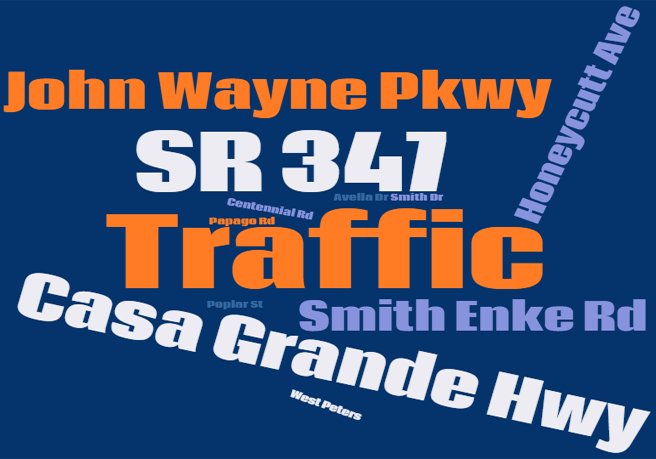