Desert Wind’s Symphonic Band earned praise and superior scores for their control of tempo, consistency in intonation, and their quality, characteristic sounds on their instruments.

Following their performance, these seventh- and eighth-grade students received great feedback from clinician Bill Patterson, Arizona music educator and past ABODA president. The clinic focused on expanding their dynamic and expressive capabilities as an ensemble in their performance of their repertoire, as well as concepts to focus on in future performances. Symphonic Band also received recorded comments from Patterson and two other clinicians – Jon Gomez and Ann Haenfler. 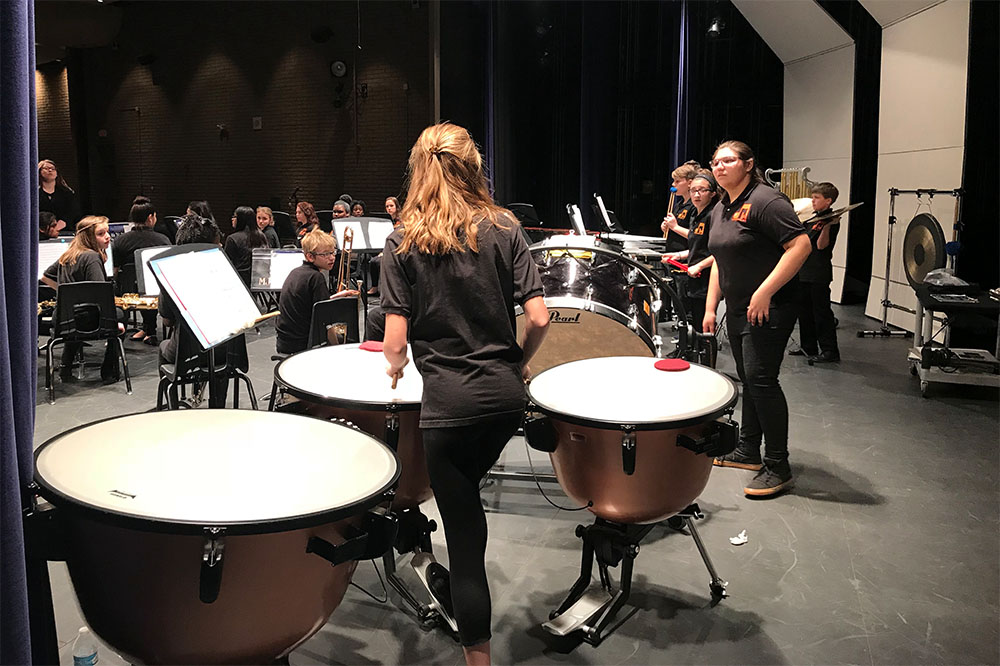