Honoring those who have fallen has been a long tradition of the American Legion.

“Back where I came from, we had an Honor Guard. We performed a lot of functions – especially funerals.” — Larry Crane, American Legion Honor Guard

About a year ago, members of American Legion Bernie G. Crouse Post #133 formed an Honor Guard to post colors and honor those veterans who have died.

“We’re new,” said Larry Crane, American Legion member and organizer of the Maricopa Honor Guard. “I am really the one who initiated this; that’s why I was put in charge of it. I came here from Iowa and I’ve been a Legion member for 53 years. Back where I came from, we had an Honor Guard. We performed a lot of functions – especially funerals.”

Crane said he brought up the idea at a Legion meeting.

“We got our rifles and ammo for nothing,” he said. “We’re going to have a lot of members that are going to be passing away and we really need to have a group to honor them. I know a couple of the guys were a little hesitant.”

After asking for a show of hands on who would be interested in being on the Honor Guard, about a dozen volunteered.

“Right now, I think we have 16 or 17 (Honor Guard members) but we still try to recruit more,” Crane said. “Everybody can’t be here every time. My goal is to get some of the younger guys to take over. I’d just as soon be a follower. The more young guys we get, the more we will get. Then, they won’t think they’re joining a bunch of old guys.”

The Maricopa Honor Guard has presented the Colors at softball and baseball games, Cub Scout meetings and the city’s Fourth of July celebration as well as performing Honors at celebration of life ceremonies and funerals. They are prepared to include a full 21-gun salute at funerals or special ceremonies.

“We did one funeral ceremony up in Phoenix for one of our members whose father-in-law passed away. We have done several other flag presentations.  Most Legions, of any size, have an Honor Guard.  Honor Guards instill patriotism in our youth,” Crane said, adding that 2019 is the 100th anniversary of the American Legion.

The Honor Guard has already become an important part of Maricopa’s Legion Post.

“The Honor Guard shows that we (Post #133) are active in the community. It allows us to have a military presence in the community and to honor those individuals connected with military,” said Post Commander Derek Jeske.

Jeske said the Maricopa post has a growing younger membership as about 40 percent of the members are under 50 years old.

Maricopa’s post was chartered in 2009 and welcomes veterans from all branches of the armed forces. Its main goal is to support veterans, veterans’ families and local youth programs.

The Maricopa American Legion Auxiliary is very active in the community and also supports a Girl Scout
Troop. 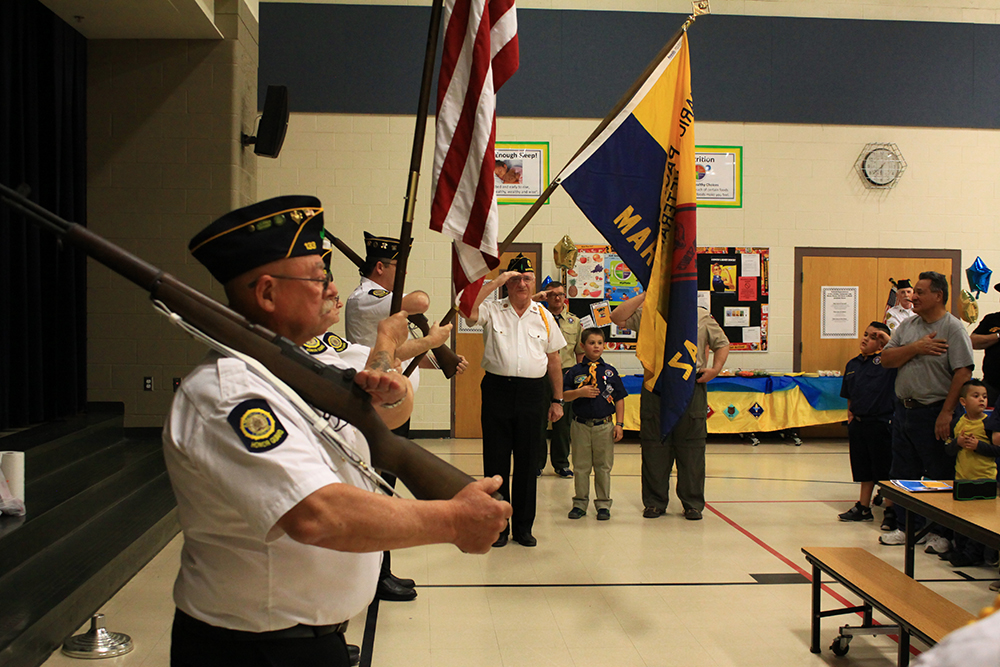 Veterans Day: Women at war, at home during WWII