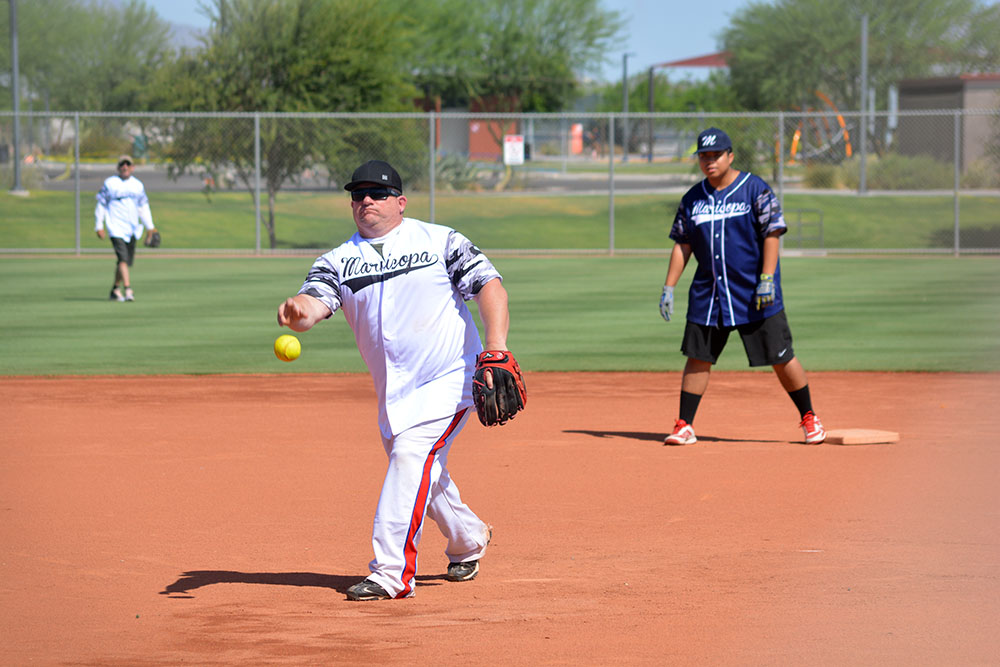 The American Legion hosted its annual softball game against city staff, elected officials and community members the morning of the Fourth of July at Copper Sky. Just for fun, the game included Legion baseball players, police and fire officials and current and former mayors while giving the Be Awesome Coalition a spotlight.