After years of staging musicals that have had their runs on Broadway and are ingrained in the musical-theater psyche, Maricopa High School Theatre Company is tackling a far less known show for its spring musical.

“The Baker’s Wife” by Stephen Schwartz and Joseph Stein has a long history that includes a brief run on London’s West End but never a production on Broadway. Through regional and international productions, it was changed over the years and gained a cult following.

“I thought it was just going to be real cute,” said junior Antonio Gonzales, who plays Aimable the baker. “It’s not a very well-known show. Before we had actually started the process, I looked into it, and fell in love with it. It was a really good show.”

Set in provincial France, the story opens when a baker finally arrives in a squabbling village long without a bread baker. While welcoming the baker, gossipy villagers take note of his much-younger wife Genevieve. A handsome, young man pursues Genevieve, who resists his advances – for a while.

“She’s challenging, because she does something that I personally would not ever do,” said junior Kjirsten Lemon, who plays Genevieve. “I have to play her like to me that’s what’s right.”

The humble baker’s humble response to what befalls him is censure to the villagers, who take another look at their own relationships.

“It’s a sweet story,” said teacher Cynthia Calhoun, who is directing the musical, apparently her last for MHS. She has submitted her resignation effective at the end of the school year.

Calhoun said though the show is not well-known, its creators are. Schwartz wrote a collection of hits, from “Pippin” to “Wicked,” and Stein is revered in theater circles for “Fiddler on the Roof.”

“When you listen to the first song, Chanson, it’s so beautiful, especially with Britney [Montgomery] singing it,” Lemon said. “Right when I heard that song, I thought, ‘Oh, this is going to be a great musical.’”

This story appears in the April edition of InMaricopa. 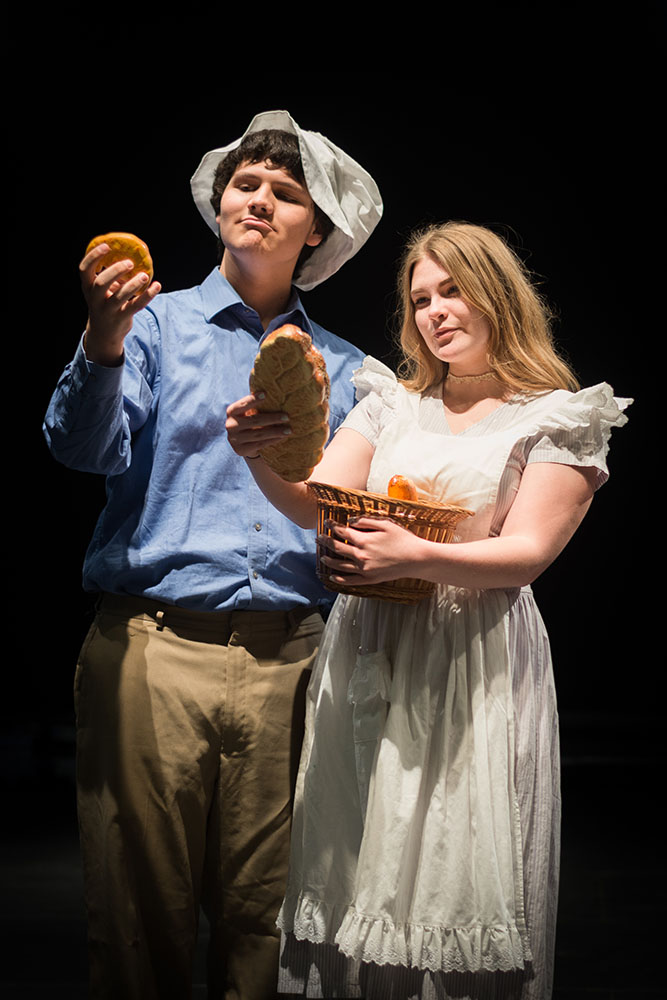 MHS to have drive-by diploma distribution