Maricopa Police Department used one of its newest bits of technology to assist the fire department in investigating a small fire at a church Tuesday.

First responders received reports of a small fire at Our Lady of Grace Catholic Church around 9 a.m. Tuesday and were on scene within minutes.

Maricopa Fire/Medical fire investigator Jason Nelson said firefighters were able to keep the blaze contained to a small closet. MPD spokesperson Ricardo Alvarado said the department deployed their drone in an attempt to help locate possible hotspots or areas where fire may be hidden from sight.

The drone, equipped with a state of the art forward-looking infrared camera (FLIR) system, flew over the building for more than half an hour using both its FLIR camera and full-spectrum camera to look for any latent fire.

Alvarado said the drone did not detect any areas of possible concern, indicating the fire was likely contained. The church’s sprinkler system was effective in stopping the spread of any flames.

Church secretary Patti Coutre said via social media, there was “no major damage, however church will remain closed until the insurance releases it and it is cleaned up.”

A woman did receive minor burns to her hands as a result of the fire, Nelson said. However, since the injuries weren’t considered serious, she chose to seek medical attention on her own.

Nelson said the exact cause of the blaze is still under investigation. 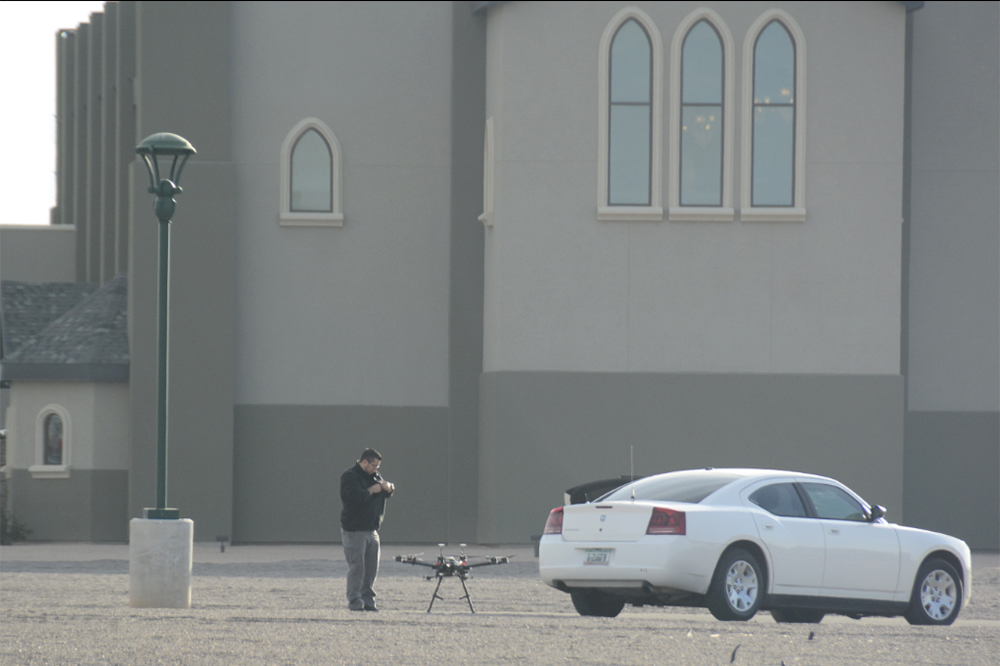