Pinal County Narcotics investigators on Tuesday recovered 180 pounds of Marijuana near the town of Stanfield. The Marijuana was being transported in a 1995 Chevrolet S-10 pickup by three Hispanic males who fled into the desert prior to law enforcement contact.

Upon further investigation, two other vehicles, a 1995 Chevrolet pickup and a 2003 Nissan Frontier, were discovered near the southern part of Pinal County off of Stanfield Road, one of which was found stolen in Mesa, Arizona. Based on existing evidence, investigators concluded that the two vehicles were connected to the individuals who were transporting the marijuana in the S-10 pickup.

The recovered marijuana was estimated to have $100,000 in street value. 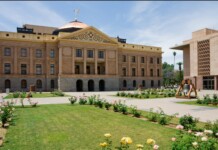 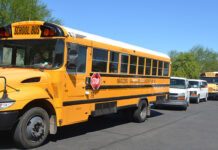