A school bus carrying 26 children was involved in a three-vehicle collision near the intersection of Honeycutt Avenue and John Wayne Parkway early Monday morning, police said.

Maricopa Police Department Spokesman Ricardo Alvarado said no one was injured in the accident that occurred around 7 a.m.

Residents, citing live photos from an online Arizona Department of Transportation feed, wondered whether the school bus was carrying children from the Maricopa Unified School District.

Despite its proximity to Maricopa High School, the bus belonged to the Kyrene School District, said a mother of a child on board.

Beth Bowers said her son and classmates were heading to Kyrene de Los Lagos Elementary in Tempe. The Kyrene Unified School District has bused Maricopa children to the Valley since 2003.

“He said someone slammed into their bus,” Bowers said her son told her.

Another bus was en route to pick up the children, Bowers said.

The accident blocked northbound lanes on John Wayne Parkway from Alterra Parkway. MPD cleared the roadway in both directions at 7:41 a.m. 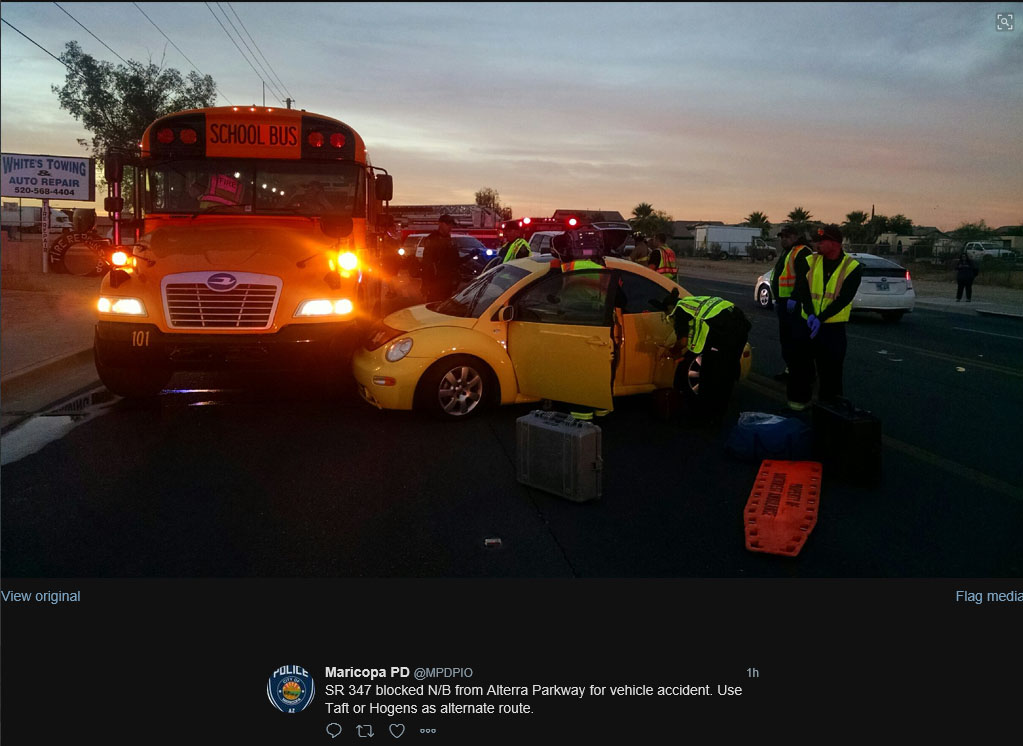