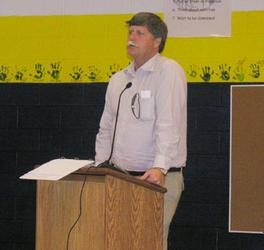 The Maricopa Unified School District has decided to build wireless phone and Internet towers on its campuses without first seeking public input.

The MUSD Governing Board originally voted to proceed with a public hearing before construction of the towers, but changed course once its members found out that by having public hearings they would not meet time constraints.

“If the board had not reversed their decision, the schools would have opened without communications equipment,” said Burnie Hibbard, interim business manager for MUSD.

The communication poles will stand up to 100 feet tall and will be built at five schools. Their purpose is to improve wireless phone and Internet connections on site.

Hibbard added that the poles will be placed close to buildings and that he does not believe they will be much of an eye sore.

The process which the board chose to bypass would have required the district to mail advisory letters to all homeowners living within 300 feet of the proposed pole locations.