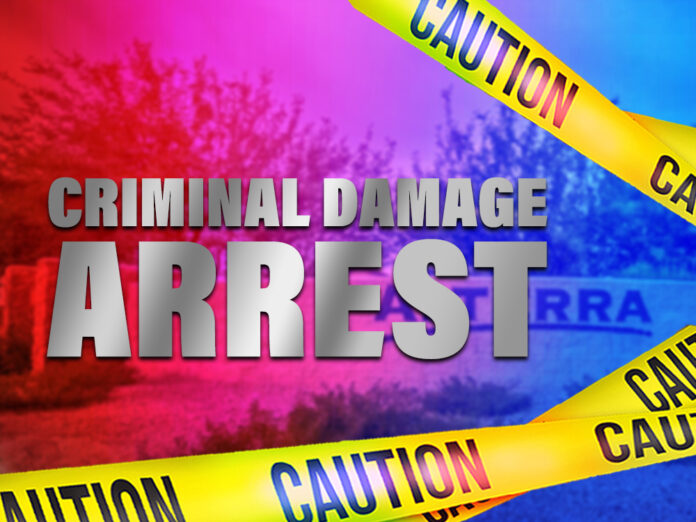 A man was arrested Wednesday morning after police responded to a report of a backyard “ritual” causing damage at the caller’s home in Homestead.

Swann Hall, 40, was charged with criminal damage, according to police.

Officers were called to a West Walker Way home about 7:20 a.m., police said. The caller reporting the incident alleged Hall was “high on drugs,” placing items in the middle of their yard and “tearing the back yard up,” according to a probable cause statement.

The caller reported that five-foot tree and multiple shrubs were uprooted during the incident, police said.

Hall allegedly told the caller to inform police to bring a lot of people to the scene, police said. He was speaking in different languages, the caller told police.

Officers arrived at the home and took Hall into custody without further incident, police said.

According to the probable cause statement, Hall reportedly caused about $2,000 in damage during the incident, which included damage to the wiring of a backyard drip system.

Hall was arrested and booked on the charge into Pinal County Jail, where he remained as of Thursday afternoon. He has a court hearing set for May 25.