Private Motorsports Group, the developer of Apex Motor Club in Maricopa, announced the addition of three big names in the automotive industry as a founding member and new advisers.

“I am not only an avid collector of cars, but I love the opportunity to take my cars out to the track and really see what they can do,” Jackson said. “For many years, I’ve been watching its development and I’ve been in contact with the development team.  I love Apex’s close proximity to Phoenix and Scottsdale and the team’s vision for Apex. This is something that is definitely needed here in the Valley of the Sun, and on a personal level, I plan to be involved with its growth in the coming years.”

Apex is planned on a site north of State Route 238. The $30 million project was unanimously approved earlier this year by the Maricopa City Council and Planning & Zoning Commission.

“The Valley has been hungry for a facility like this,” Luyendyk said. “There are so many car collectors in Arizona and this is exactly what these collectors have been waiting for. It’s an opportunity to further cement the Phoenix area as an automotive destination, especially with all of the energy already provided by Barrett-Jackson, Phoenix International Raceway and other automotive draws to the Valley.”

When complete, Apex will include two racing circuits, numerous garage condominiums for car storage, a clubhouse, a multi-purpose building and all of the amenities of an exclusive country club in a setting like few others in the country. Memberships start at approximately $20,000.

“Bringing a first-of-its-kind project within such close proximity to the fifth-largest city in America isn’t just about being able to drive prized possessions around our tracks in a country club setting. It’s about the people, too,” said Apex President and co-founder Jason Plotke. “And what businesses, especially automotive ones, wouldn’t love to have hall of famers and car enthusiasts like these as part of it all.” 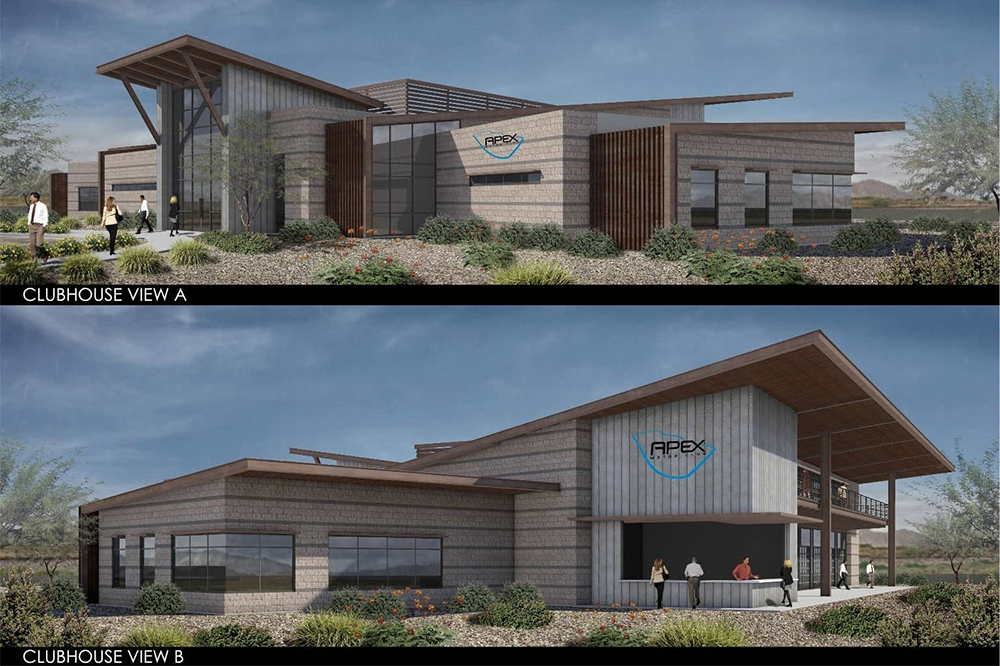 The approval of permits for Apex Motor Club led to controversial lawsuits against PMG and the city, suits that have failed in court up to this point and resulted in a formal complaint being filed with the city against the plaintiffs.