Several wild ducks have died at a local urban lake in what is suspected to be avian botulism.

The outbreak was noticed in the middle of last week when duck carcasses became evident in around the water in The Lakes at Rancho El Dorado. Several ill ducks have also been spotted. Ten of those, which are mostly mallards, were transported to Liberty Wildlife in Phoenix for treatment, but only four have survived.

Meanwhile, resident Christine Holtz said one of her domestic ducks, named Minnie, has also been infected.

“She is currently partially paralyzed and being cared for, hoping to rehab her – we are visiting the avian vet tomorrow,” Holtz said. “She’s drinking and eating some now, so we believe and are praying she was brought back into safety in time. Mickey, my other duck, has not been affected.”

Holtz said there are typically more than 100 ducks at the lake, but Sunday residents only counted “two handfuls” alive and doing well.

Laura Hackett, education facilitator at Liberty Wildlife, said this is the time of year in Arizona when avian botulism appears. Though she gave deceased ducks to Arizona Game & Fish Department for testing, the symptoms point in one direction.

“It’s the way they are presenting. The ducks are showing lethargy and paralysis,” Hackett said. “It’s not a pretty thing.”

Waterfowl are primary victims of avian botulism. It spreads through maggots and other insects carrying the toxin from soil bacteria rather than bird-to-bird directly, according to a 2005 study. The duck eats the maggots, the duck contracts botulism and dies, and the maggots eat the carcass, only to be consumed by another duck, and so on. Maggots may also pick up the bacteria from eating infected fish carcasses.

While avian botulism can be difficult to predict ahead of time, the quick removal of all carcasses is important to keeping down the spread of the disease.

Hackett said Liberty has been treating the birds with an anti-toxin and giving them lots of fresh water to wash the contamination out of their systems. Waterfowl suffering from a typical dose of botulism usually die within a couple days.

According to the National Wildlife Health Center, “Botulism is one of the most potent toxins known to science (very little is needed to kill). Botulism binds to nerve endings and interferes with muscle movements. Typical clinical signs in birds with botulism include weakness, lethargy, inability to hold up the head or to fly. For waterfowl, this can be catastrophic because inability to hold up the head leads to drowning.” 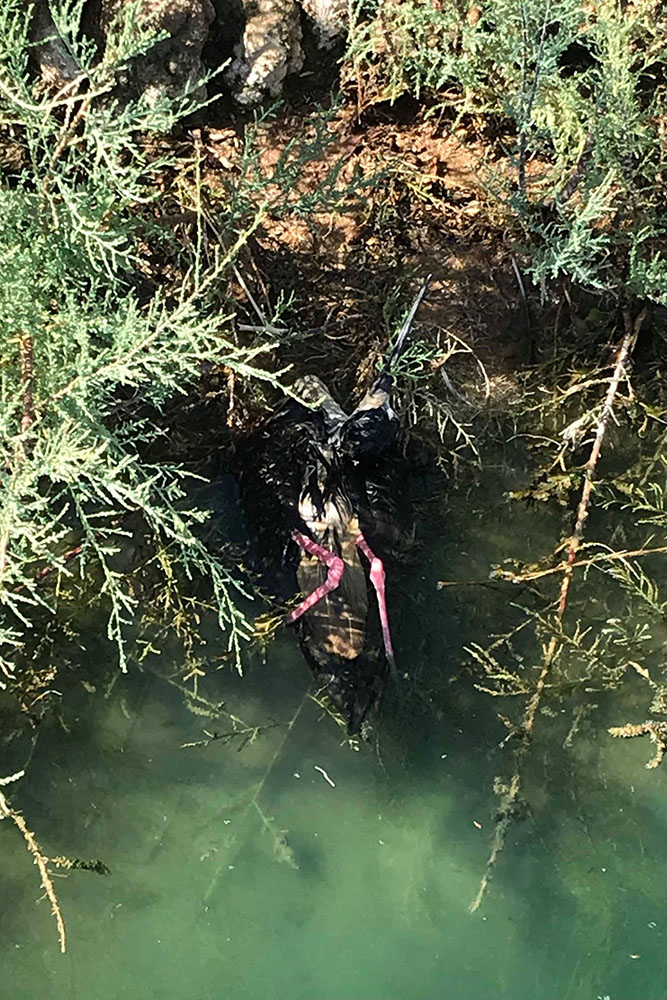 Seeds of destruction? A warning from master gardener

Aug 2, 2020
Change Location
To find awesome listings near you!