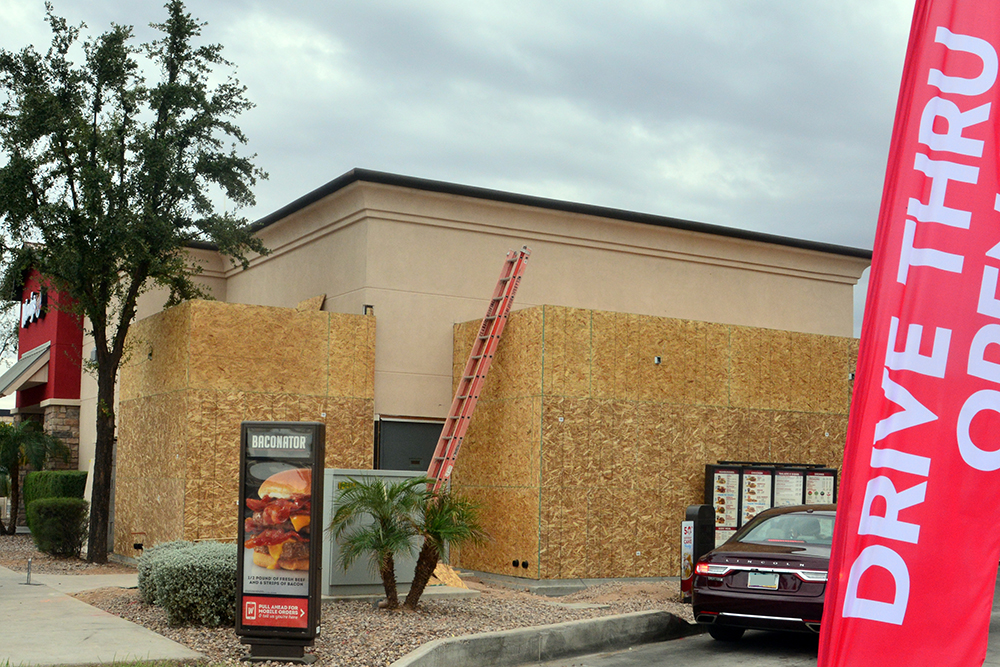 Buff City Soap received a commercial tenant improvement permit for work converting Suite E201 at 21101 N. John Wayne Parkway into a soap-making and retail space. Plans are to open for business in mid-December.

Sacate Pellet Mill received a certificate of occupancy for its site at 38743 W. Cowtown Road. It is owned by Red River Cattle Company.

Apex Motor Club received a permit for a subdivision final plat in its plan to construct 48 garage condominiums at its site at 22408 N. Ralston Road.

Domino’s Pizza, in the process of moving into a former restaurant space at 20024 N. John Wayne Parkway, received its permit for a fire alarm and detection system.

Wendy’s in Maricopa Fiesta at 21000 N. John Wayne Parkway added 336 square feet to the back of its premise for a fully enclosed walk-in cooler/freezer.

In anticipation of New Year’s Eve, Walmart and Fry’s received permits to sell fireworks and pyrotechnics.