The roadside blaze closed portions of the highway in both directions for more than an hour. The Maricopa Police Department re-opened the road at approximately 3:40 p.m.

The cause of the fire is still unknown, said MPD Patrol Officer Jeff Brooks.

The camper trailer was reportedly being hauled east toward Casa Grande. Maricopa Fire/Medical Department and Ak-Chin Fire Department responded to the scene. 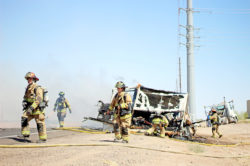 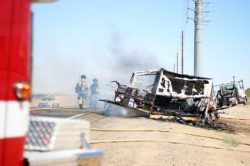 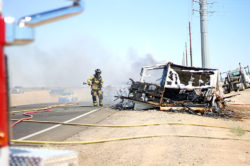 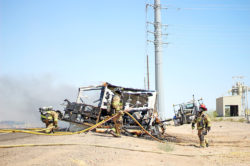 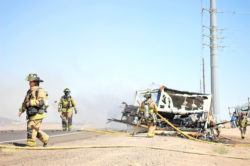 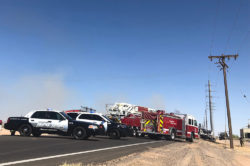