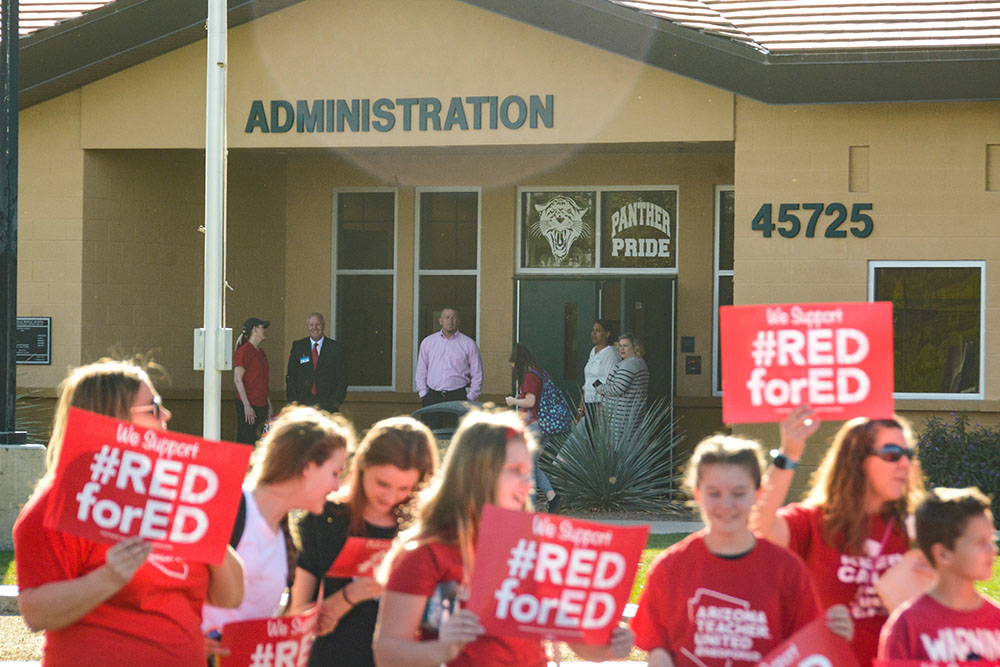 At least two charter schools in Maricopa will be closed Thursday for a planned #RedForEd teacher walkout.

Sequoia Pathway Academy Campus Director Alfonso F. Alva said Monday the school will be closed Thursday and Friday. That makes SPA one of eight EdKey schools planning to close for the walkout. The Maricopa campus was already scheduled to be closed Friday.

Late Tuesday, Leading Edge Academy told parents the school would close Thursday and Friday, a decision based on the number of teachers and staff indicating they would not be at school. Legacy Traditional School, another large charter, is currently slated to be open.

Statewide, educators have called for a work stoppage to bring awareness to the issues of teacher pay and education funding in Arizona. In a rejection of Gov. Doug Ducey’s proposal for what is being described as a 20-percent raise by 2020, a majority of teachers voted last week to walkout April 26.

The effort is being organized by Arizona Education Association, Arizona Educators United and other teachers. The duration of the walkout has not been determined.

During those two days, she said, “some teachers will not be at work and on those days we may be short-staffed.”