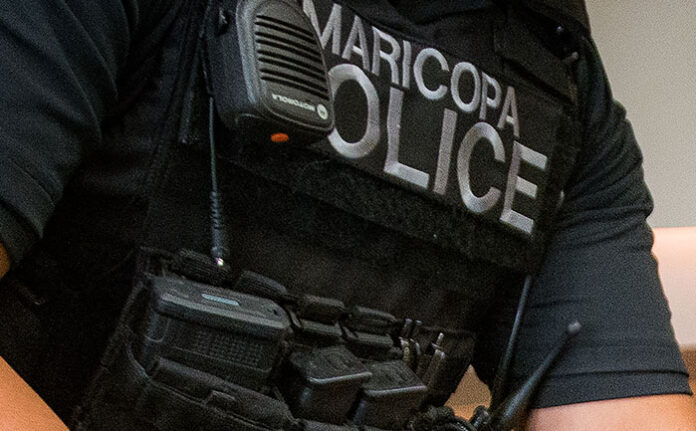 Her name was redacted from the MPD probable cause statement to protect the identity of her seven minor children, the alleged victims in this case. The woman’s two adult sons, ages 26 and 28, were also charged with seven counts of failing to report abuse of a minor.

The woman allegedly made several of her seven minor children perform in a popular YouTube video series. Most of the YouTube videos show the children going through super hero training or visiting fantasy lands. The series has nearly 800,000 subscribers and almost 250 million views as of March 19.

The allegations against the woman begin on March 13 when officers responded to a child abuse investigation. A woman told police that her adoptive sister disclosed to her that she was being abused at the family’s home on North Donithan Way in the Villages by her mother.

“The abuse was described as being pepper sprayed, left in a locked closet for days at a time with no food, water or restroom, and [she] stated her six other siblings [were] being punished in the same manner,” the probable cause statement reads.

When police went to the residence, they found one child in an unlocked closet, which did have a locking mechanism on it. The child was wearing just a pull-up. Officers then came in contact with six other children at the residence. All appeared to be malnourished, with pale complexions, dark rings under their eyes and underweight, and they said they were thirsty and hungry, according to the probable cause statement.

While officers were speaking with one of the children, “he consumed three 16-ounce bottles of water within a 20-minute timeframe. He advised he was pepper sprayed numerous times as punishment by his mother,” according to the probable cause statement.

One of the children was offered a bag of potato chips but was fearful to eat it as she did not want her mother to smell the chips on her breath, the officer wrote in the police report.

“While at the residence, (the woman) had her two adult sons prepare food for her children, (one of the children) stated her mother only allowed them to have food because the police were there, as she has not been allowed to eat for two days,” the probable cause statement reads.

The Department of Child Services responded to the scene and removed seven children from the woman’s custody, the report states.

A search warrant at the home allegedly turned up two cans of pepper spray. The closet where the children had reported being left for days was in the master bedroom and had a deadbolt lock, bare tile floor, no windows, furniture, blankets, clothing or toys.

According to the police report, the children told officers their mother would keep them locked in the closet for days without food, water or a restroom. They said their mother would “spray them with pepper spray all over their face and body, spank them, force them to take ice baths and, when resisting, would force their head underwater as well as … make them stand in the corner with their arms raised above their head for several hours at a time.”

One child told investigators they would “either get beat with a hanger or belt or a brush or get pepper sprayed from head to toe.”

One child, “said prior to her mom pepper spraying them, she typically puts on a mask first to protect herself,” the probable cause statement said.

According to the probable cause statement, some of the older children were pepper sprayed and locked in the closet for a week.

“All the children made mention of having to participate in their mom’s YouTube channel,” the probable cause statement reads.

The children told investigators they were disciplined if they did not recall their lines or didn’t participate as directed. They also said their mother took them out of school to keep filming the series “and they mentioned they have not been in school for years,” the probable cause statement reads.

The woman denied the allegation and was arrested and booked into the Pinal County Jail with her two adult sons.