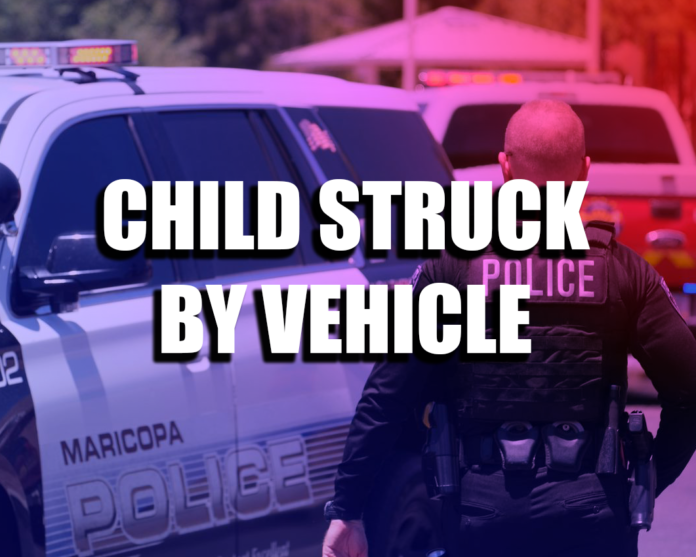 An elementary-school student was transported to a hospital Tuesday morning after being struck by a vehicle near a busy intersection close to a school, according to Maricopa police.

At 7:40 a.m., officers were called to a collision involving a small SUV and an electric scooter operated by an elementary-school-age student just south of Honeycutt and North Porter roads.

The child was transported to Banner Children’s at Desert Hospital but did not appear to have serious injuries, a police spokeswoman said.

The driver of the SUV reportedly attempted to make a right turn onto North Porter Road, near Sequoia Pathway Academy, when the child was struck.

The driver stayed on the scene and is cooperating with Maricopa police as the investigation continues. No citations were issued immediately.

Related story: ‘22 in review: Residents question safety on Porter Road, today and in the future – InMaricopa