The crime rate in Maricopa is relatively low but traffic congestion and safety in the rapidly growing city is a major concern for many residents.

This year’s City Council election and the winners’ leadership on several core issues, including public safety, will help shape the city of the future.

The primary will be held Aug. 2. Early voting has begun (kind of; see story about unanticipated change to city council election).

At a recent town hall at the Maricopa Library and Cultural Center, the candidates discussed their views of the Maricopa Police Department and public safety.

Police and public safety
The crime rate is low but the increase in cars on the road means traffic issues are a concern, especially with apartment complexes coming to the Porter Road corridor in the vicinity of several schools that cause traffic problems of their own.

“My wife just got a speeding ticket,” Vitiello quipped. “She was doing seven miles over the speed limit. They didn’t care who she was.”

While that story was good for a chuckle among the crowd, Vitiello said Maricopa police don’t have the ability or the budget to write hundreds of tickets. 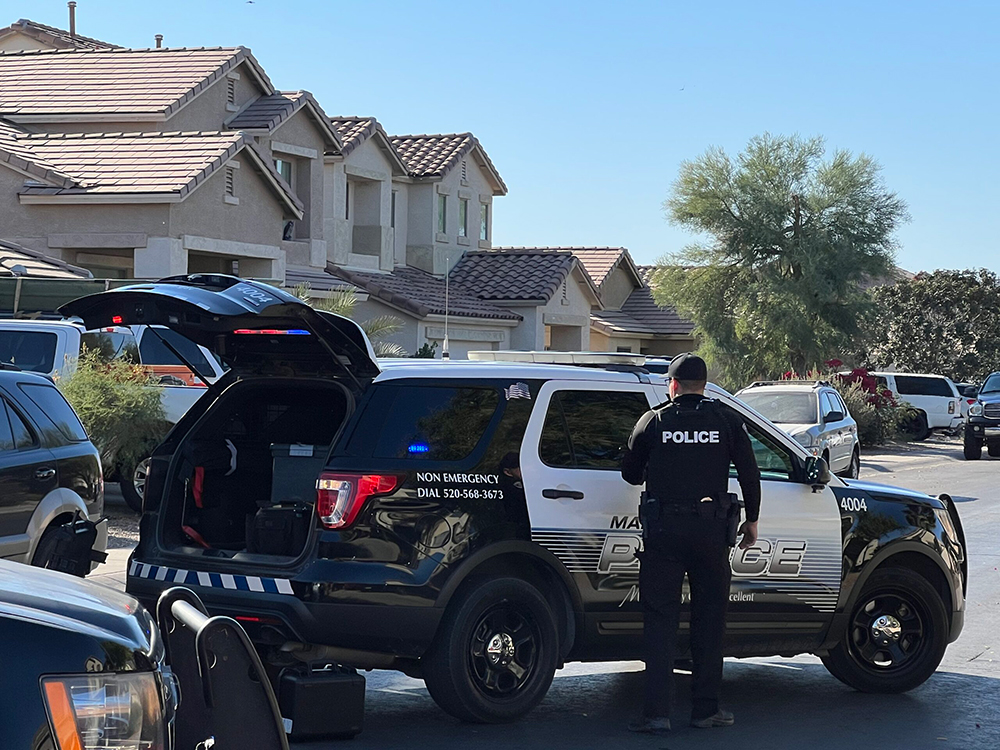 Every time a ticket is written, the fines go to a state fund that’s distributed throughout the state. Maricopa seldom gets any of that money back, meaning each ticket written is a loser for the city due to the cost in time for a patrol officer to stop a car and write a ticket, and then possibly go to court to defend the action.

“When I speak to the chief, he doesn’t complain to me about the budget,” Manfredi said.

“He says it’s what he needs. I’ve asked him about the number of officers he has. I’ve asked him how many he needs. He wants more. Of course, everyone wants more, but unfortunately, you know there are budget constraints that are involved, but we do spend a nice chunk of our budget — more than half — on public safety.”

Another public safety issue is the lack of a City-run ambulance service.

“That would be one of my goals, to bring its own ambulance within Maricopa. Not a for-hire, but its own,” Leach said.

Vitiello said the council has grappled with the issue for the last few years.

“We have talked about it for about two years,” Vitiello said. “We’re looking at several hundred thousand dollars per ambulance and we’ll probably start off with one or two, maybe used, but we are definitely going to have that in this city because we all already want it.”

Editor’s notes: Vincent Manfredi is co-owner of InMaricopa. This content was first published in the July edition of InMaricopa magazine.