A teenage pedestrian was reportedly struck by a freight train Tuesday afternoon.

The boy, 17, was crossing the railroad tracks on foot away from a crossing near the water tower when the collision occurred, according to Maricopa Police Department. He suffered a gash to the arm but had no life-threatening injuries. He was treated at the scene and later transported by an American Medical Response Ambulance.

He told police he was out of school, attending only half-days.

Maricopa Police and Maricopa Fire/Medical responded to the scene on the north side of the Union Pacific tracks. The train crew stopped to participate in the investigation as MPD spoke to witnesses. 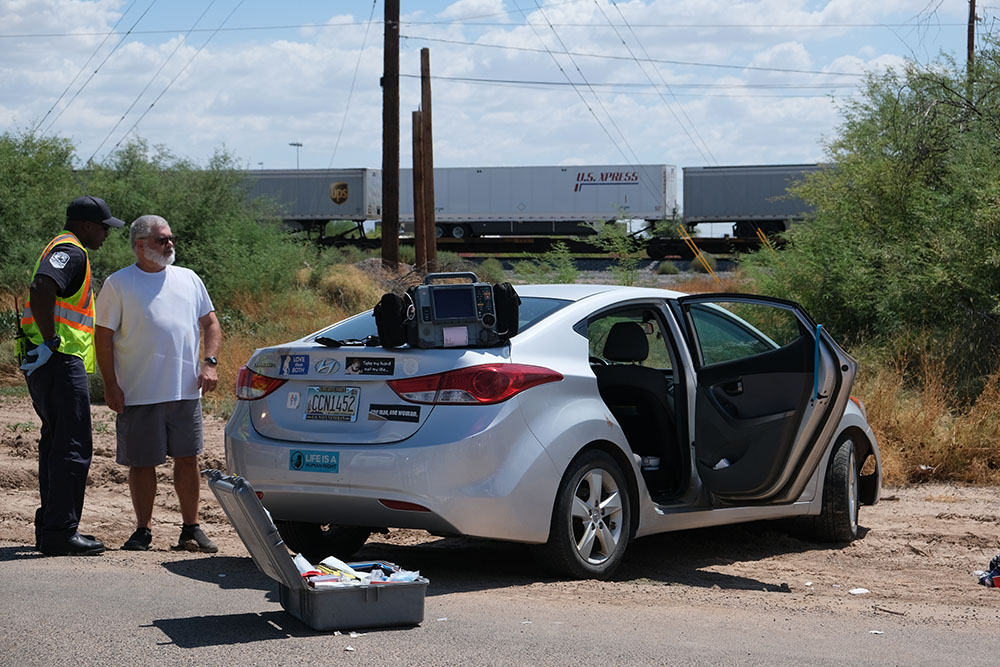