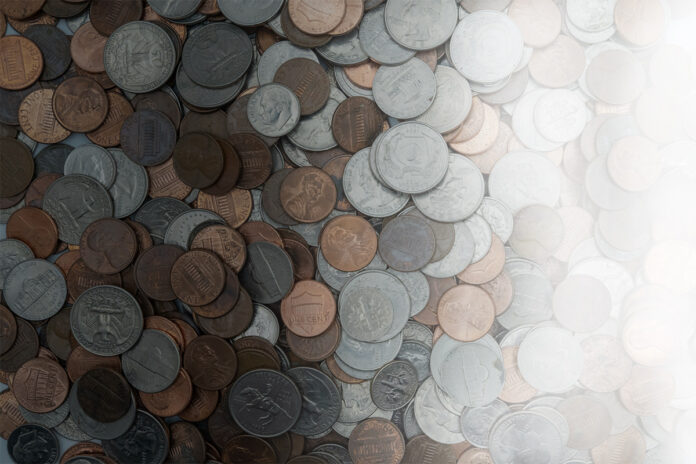 A sign at the McDonald’s drive-thru on John Wayne Parkway is proof the Great National Coin Shortage has reached Maricopa.

The sign asks customers paying cash to use exact change. Alternately, they are encouraged to use a card to pay for their Big Mac.

The coronavirus pandemic has meant lots of change, just not an abundance of coins. As businesses and banks nationwide closed their doors in recent months to help prevent the spread of the virus, the flow of quarters, dimes, nickels and pennies has mostly ceased, according to media reports.

As a result, many businesses are faced with the prospect of not being able to make change for patrons.

A young worker at the Culver’s drive-thru on Monday night expressed relief when a customer used exact change to pay for a Vanilla Oreo Concrete Mixer.

Federal Reserve Chairman Jerome Powell signaled the shortage on June 17, during a virtual hearing with the House Financial Services Committee, saying the supply chain followed by coins was being interrupted by the pandemic.

“The places where you go to give your coins and get credit at the store and get cash — you know, folding money — those have not been working. Stores have been closed,” he said during the hearing. “So, the whole system has, kind of, had come to a stop.”

It was thought that as the American economy restarted, coins would start moving again through the supply line, but shortages are still being seen.

Harrah’s Ak-Chin Hotel and Casino is telling guests to bring their accumulated change to the cashier’s cage for cash. The exchange is complimentary – many places take a small percentage or amount to count all those nickels and dimes and dispense cash – through Aug. 31. There is a daily exchange limit of $500 per guest.