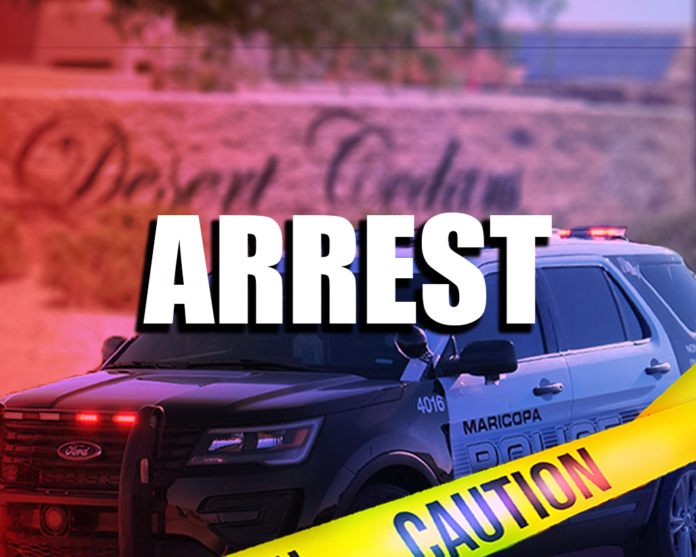 A couple is accused by police of possessing drugs and drug paraphernalia after a registration check of the vehicle Saturday afternoon showed a warrant out for the driver.

At about 4: 20 p.m., a Maricopa Police Officer checked the registration of a Toyota registered to Carlise.  Police said the woman had an active failure-to-appear warrant for her arrest, police said.

The officer followed the car, which they said was making several turns in a residential neighborhood. Police reported they believed it was an attempt to get away from them. The vehicle stopped on a curbside on Soft Wind Drive, where officers say Carlise got out and walked toward the front door of a house. The officer called out to Carlise as she tried to open the front door, police said.

A resident told police through the security door that he did not know the woman. Police informed Carlise that she was not free to leave. She then confirmed her identity.

According to police, Chacon, the passenger and boyfriend of the driver, remained in the passenger seat and provided officers with his ID.

Officers asked Chacon if there was anything illegal in the vehicle, and he informed them that he had a set of syringes that he used to “shoot up heroin” earlier in the day.

After Carlise’s arrest, a search of her vehicle uncovered numerous pieces of drug paraphernalia, a usable amount of methamphetamine, syringes and a meth pipe.

Carlise claimed that everything in the vehicle belonged to her. When asked about the meth, Carlise said it belonged to a friend who left it behind. The woman said heroin in the vehicle was given to her by a friend, since it is so hard to come by, police said.

According to police, 2 grams of black heroin were found in a compartment near the steering wheel, where a paper copy of Chacon’s ID was found. During a search following Chacon’s arrest, officers found what they believed to be wax paper containing black heroin in Chacon’s wallet.

When officers showed Chacon the items, he reportedly said that he “would not keep his ID next to heroin.” Chacon then claimed he did not know what the substance in his wallet was.