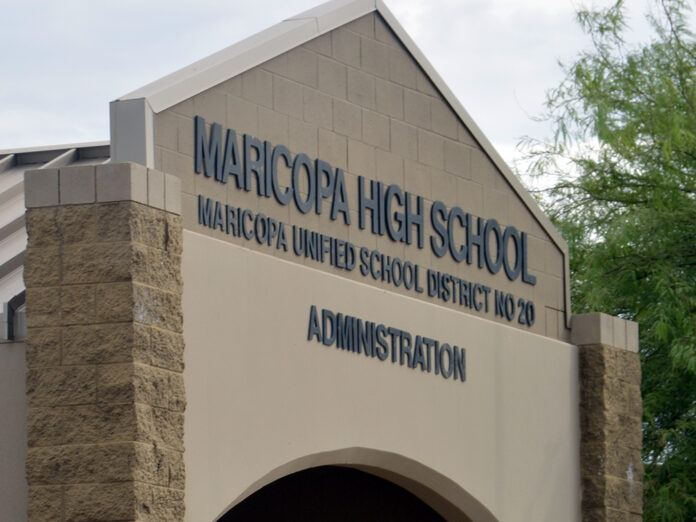 That does not necessarily mean Maricopa Unified School District will be opening doors next week.

IF YOU GO
What: Special meeting of MUSD Board
When: Sept. 3, 6:30 p.m.
Where: Governing board room
Why: Deciding start date for in-person instruction

The school COVID dashboard does not include numbers for the current week.

MUSD was paying particular attention to the positivity rates. The administration set an aspirational return date of Sept. 8. While most data were trending downward, the timing for hitting that benchmark came right down to the wire.

Even as she predicted the county could meet the recommended numbers just in time, MUSD Superintendent Tracey Lopeman recommended last week delaying return to in-person for another week, at least for kindergarten for fifth grade. For older students, she is asking the governing board for a return at the beginning of next quarter.

“Not only is it a physical transition to achieve the standards in the mitigation plan – and there’s some details that we need to discuss and maneuver – but it’s also a data transition,” Lopeman said. “We have a digital database, and it’s not a simple as we wish it could be. That, to be done properly, requires time.”

Meanwhile, Sequoia Pathway plans to come back to class Sept. 8 with an “interim model.” Students will be in two cohorts, with one on campus Mondays and Wednesdays and the other on campus Tuesdays and Thursdays. While not on campus, students will continue to study independently.

Pathway parents who prefer to keep their children completely online can do so through Edkey’s Sequoia Choice.

A+ Charter Schools also intends to come to campus with a hybrid model starting Sept. 8. Heritage Academy, also a charter, plans to have all students back on campus Sept. 9.