Last month, I learned a Holocaust survivor was living in our midst here in Maricopa. (Read story here.)

Lea Stockhammer resides in Province, but she’s lived through more history than a library full of books.

There are so many lessons to learn from a woman who has lived such an eventful life, especially during the times in which we now find ourselves.

Lea spent a total of 13 months in two concentration camps and was in Eastern Europe on Liberation Day when World War II ended.

Those two instances alone would be enough for a host of stories.

But so many other aspects of Lea’s life represent important lessons for people to learn. She shares some of her experiences on page 8 of this month’s issue.

These days, there seems to be a fascination with socialism in portions of our society.
A lot of that comes from idealism and what those philosophies mean on paper.

Lea lived in Yugoslavia during a communist regime, and she’ll tell you it wasn’t all bad.

But Lea also told the story of how she and her late husband, Dan, refused to join the Communist party and had trouble advancing their careers as a result.

It got so bad that Lea and her husband wanted out. They were willing to leave behind everyone and everything they knew.

The 2016 U.S. Census found only 11.6% of people leave their hometown in the United States.

Consider how difficult it was for Lea and Dan, who spoke very little English, to move halfway around the world. The language barrier is tough enough. But imagine learning a whole new set of customs.

It’s the epitome of bravery.

That’s why we need to take time and listen to what people like Lea have to say. Many of the mistakes we are making as a society today, they witnessed decades ago.

There’s a wise saying: Those who ignore history are doomed to repeat it.

Lea is one of the few people on this earth who have lived long enough and has the life experiences to understand the truth that rings out in those words.

As always, thanks for reading our magazine.

This Editor’s Letter was first published in the August edition of InMaricopa magazine. 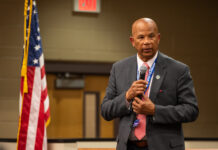 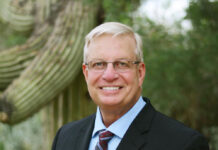 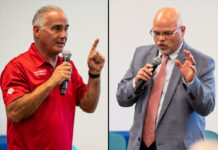 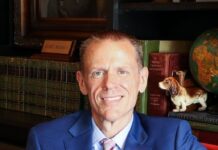