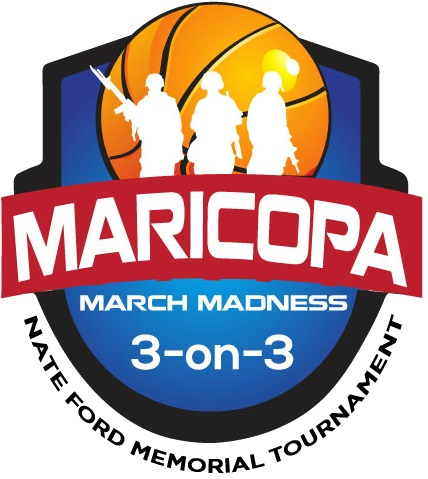 Maricopa March Madness is a one-day 3-on-3 benefit basketball tournament in honor of Nate Ford who was killed in a car accident on August 21, 2015. Nate was a patriot and left behind a legacy of service and a genuine love of people. Our plan is to carry-on his legacy of kindness, love and service by holding an annual benefit basketball tournament in his name. Proceeds from the tournament will be divided between two benefactors; Military Assistance Mission and the Maricopa American Legion Post 133.

Championship in gym at Copper Sky.