Monday, Maricopa Planning & Zoning Commission approved a site plan for the property on the northwest corner of John Wayne Parkway and Maricopa Avenue.

Chief Financial Officer Saeed Mahboubi said the facility will have 10 inpatient beds and 10 emergency room beds, plus five beds for intensive care. The company hopes to be open this time next year.

Exceptional Healthcare started in Texas in 2015 and has 15 locations. Maricopa is to be its first venture outside that state.

“We are very excited about expanding to Arizona,” Mahboubi said.

He told the commission the company thought it would be simple to come into a small town with a large demand for a hospital, but it took a year to find property to build on. It is already working with a neighboring property to acquire more land.

“That’s going to be the key to adding more rooms,” he said.

The site design, which includes a helipad, is a flagship design for future sites in Arizona. The facility will have state-of-the-art equipment, Mahboubi said, and COVID-19 testing.

With that in mind, the groundbreaking will be in morning, noon and afternoon sessions, with each including invitations to up to 50 people.

“Even though it only has 10 beds, it’s been a long time coming,” Commissioner Joshua Babb said. “It’s fantastic.”

The building is 20,752 square feet. Traffic access to the property will be off Honeycutt Avenue on the southside and Maricopa Road on the westside. The City is examining the possibility of placing a roundabout at the Honeycutt/Maricopa Road intersection, which Commissioner Dan Frank pointed out would impact retention and parking at the site.

City engineer Joshua Plumb said the roundabout was only shown for concept. He said the city will look for a design that would impact the hospital site to the “lowest degree possible.” 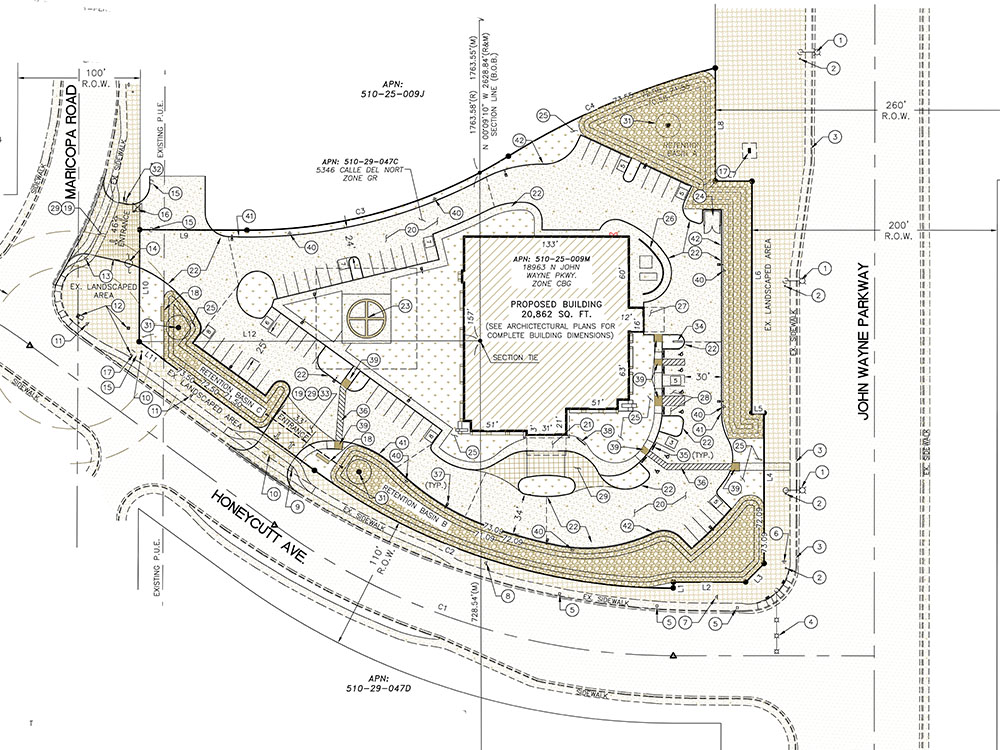