Video series may have made millions

Machelle Hackney, 48, of Maricopa was arraigned Tuesday along with two of her sons in a case of alleged child abuse that involved a popular YouTube channel.

Machelle Hackney is being held in the Pinal County Jail pending a $200,000 bond. The sons were released without bond on their own recognizance, according to court records.

Court records indicate the children are aged 3 to 15.

Machelle Hackney, who also goes by her maiden name Hobson as well as other names, allegedly made several of her seven minor children perform in a popular YouTube video series, “Fantastic Adventures.” Most of the wholesome and family-friendly YouTube videos show the children going through superhero training or visiting fantasy lands.

One episode, posted Feb. 6, has two of the children engaged in a food fight, throwing hundreds of dollars in food at each other, yet the seven children were allegedly found by authorities in a dehydrated and malnourished state about a month after this episode aired on YouTube.

After the case was widely publicized this week and the accused and the video channel publicly identified to a national audience, the YouTube series grew to more than 800,000 subscribers and over 250 million views as of March 20. Since charges were filed against Hackney, YouTube has demonetized the channel but initially stated it would not take down the channel unless Hackney is convicted of crimes.

However, at 1:45 p.m. Wednesday, the channel was removed. 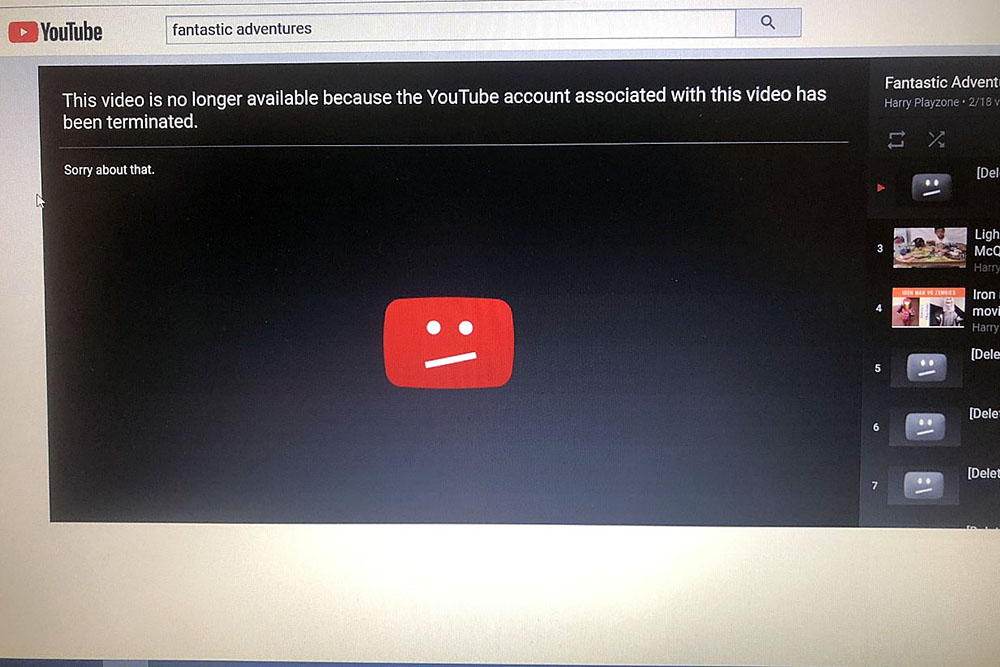 Estimates are that Hackney could have made as much as $2.5 million in advertising income airing the series on YouTube, based on industry standards for the number of views reported. YouTube is no longer running ads on the channel.

“We take safety on YouTube very seriously. We work closely with leading child safety organizations and others in our industry to protect young people,” a YouTube spokesperson said in a written statement. “When we’re made aware of serious allegations of this nature we take action, which may include suspending monetization, or, upon conclusion of an investigation, terminating channels.”

The allegations against Hackney begin on March 13 when officers responded to a child abuse investigation made by her biological daughter.

The daughter allegedly told police that her adoptive sister disclosed to her that she was being abused at the family’s home on North Donithan Way in the Villages by the mother.