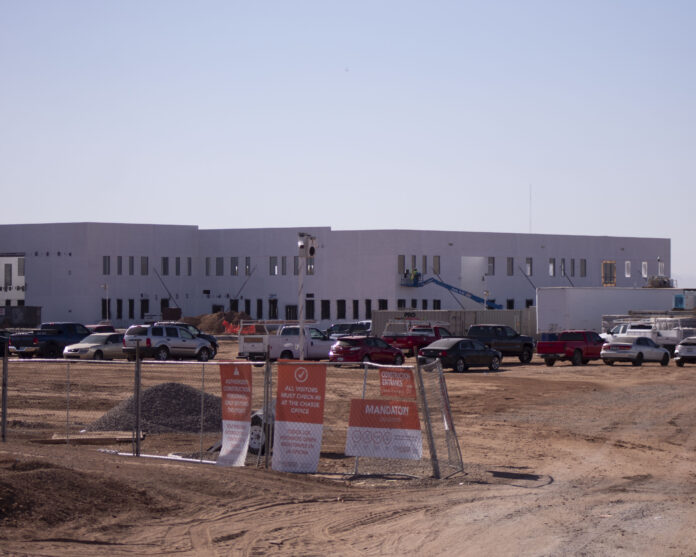 The committee charged with determining the attendance borders for the city’s two high schools once the second school opens next year has completed its study and will make a recommendation to the Maricopa Unified School District governing board at its Jan. 12 meeting.

The plan was announced at the committee’s second public meeting Thursday evening.

That recommendation will mirror the 18-member committee’s initial finding, which are intended to provide balance in attendance between the schools both now and in the future.

Four different plans were put forth, but the committee unanimously selected the plan that will be recommended to the MUSD board at its Jan. 12 meeting.

The committee, made up of MUSD staff, parents, community members and at least one student, was led by Dr. Tracey Pastor, the district’s Director of Administrative Services. It was charged with identifying the attendance area borders for the city’s two high schools.

Pastor said the goals the group came up included planning for future growth.

“We planned for future growth,” she said. “This is big for MUSD because there is a lot of that. We maintained the diversity that we have in our schools. We think of what’s convenient for families, and of course transportation. And what is feasible transportation-wise was a huge factor.”

Keeping neighborhoods intact was another key goal for the committee – one which was achieved in all cases except for the massive Rancho El Dorado, which will have areas designated for attendance at both schools. The primary attendance area for the new high school will be in the northeast portion of the city.

Pastor said one of the benefits of MUSD’s system is that it allows for district transportation even if a student wants to open enroll at the school outside their attendance boundary.

“If a student can get to the closest bus stop and we’ve got capacity on those buses, then they are able to do open enrollment and choose a school different than the area that they are living in.”

All areas south of the Union Pacific Railroad tracks and Maricopa-Casa Grande Highway will attend Maricopa High School. Pastor said the committee, in consultation with MUSD Transportation Director Sergio Pulido, determined that requiring students to cross the highway away from the overpass to get to school during heavy traffic hours was a bad idea.

The full borders of the attendance area are (see the attached map for details):

Pastor stressed that open enrollment is always an option for MUSD students who wish to attend a school for which they are not zoned.

“A priority was to staff both high schools with projected enrollments that would help us to have enough staffing in each school, robust athletics and not only for year one, but for the next four years,” Pastor said. “Based on projections this has the school at each staffing and enrollment that we think works best not only for the 2022-23 school year, but also in looking at growth over the next three to five years.”

The attendance areas took into consideration the growth planned for the southeastern part of the city so the attendance numbers would remain relatively level between the schools.

Marlene Armstrong, the principal of the new high school, said the school will offer a full range of extra-curricular activities right from its opening day.

“The plan is to offer a comprehensive high school experience, so we will be offering band, drama, athletics, all those great things,” Armstrong said. “What they look like when we’re smaller may not look the same as three years from now because we’ll be starting and growing, but for sure the plan is to offer all of those programs.

Armstrong said the plan is to offer a frosh-soph athletics, the first level available in high schools in its first year, then expand to include varsity sports in the second year when the school gets its first upper classmen.