One of Maricopa’s staple social services presented a heartfelt plea to the city council Tuesday, seeking financial assistance for its forced relocation due to the State Route 347 overpass project set to begin this year.

Representatives of F.O.R. Maricopa food bank asked the council if they would consider helping the organization permanently relocate by granting them funds as part of a Community Development Block Grant program the city may be awarded this summer.

Robert Livingston addressed the council on behalf of food bank Director Wendy Webb, asking them to consider granting the funds to their organization.

Livingston showed little restraint in describing the current plight of the food bank, saying they are “fighting for its life.”

The CDBG funds would only cover about a quarter of what it would take to find the organization a permanent home. An assessment of a site being considered as a likely location has a current price of tag of nearly $1 million, including clean-up and construction.

“We are currently looking at the property with the Red Barn,” Webb said. “We would build something brand new, just a basic metal structure, nothing fancy.”

According to Webb, the current structure on the property is unsuitable for remodeling and thus would need to be completely replaced.

If the city comes through with the grant, Webb said, they will still need to continue searching for a benefactor to help cover the cost gap.

As is true with others forced to relocate due to the overpass, Webb is hoping the Arizona Department of Transportation will consider the organization’s needs and help them cover the costs of their move.

The exact amount they will contribute is unknown at this time. However, Webb thinks it may be somewhere around $500,000, and she is confident they will do the right thing.

“They [ADOT] could actually end up being the hero in this situation,” Webb said. “When it comes down to displacing something like a food bank in a town with no resources, it makes it a little bit harder story to hear.”

F.O.R. received an accelerated move-out notice that sent them scrambling to find a temporary home. They found that temporary location across John Wayne Parkway in the Maricopa Manor shopping center behind Great Western Bank on the northwest corner of Garvey Road and John Wayne Parkway.

Though their relocation was imminent, the exact move-out date, May 4, was dropped on them suddenly, according to Chuck Morene, a volunteer with the food bank. Without proper notice, he said, they were forced to suspend services on Thursday and will suspend them again on Monday while they quickly move to their temporary location.

The temporary food bank is considerably smaller than their previous location, according to Morene. With less than 900 square feet of usable space, the food bank will have to stop providing perishable products like meat and other things that require refrigeration.

Several recipients, who all wished to remain anonymous, were upset there was no notification given to them about the relocation date or the fact they would no longer be providing perishables.

A notification was posted on the food bank’s Facebook page. However, several recipients laughed when told that saying, “if I could afford a computer, I wouldn’t be in line here [at the food bank].”

Most of those who showed up Thursday were still given a small amount of food from a cache of items volunteers left behind specifically for those who might show up unaware and be in need.

As another resource, the First Baptist Church of Maricopa offers a small food bank (contact them for hours of operation). If transportation is not an issue, there are multiple food banks in Casa Grande and Chandler.

Maricopa City Council is scheduled to have a public hearing on the CDBG application on June 6. 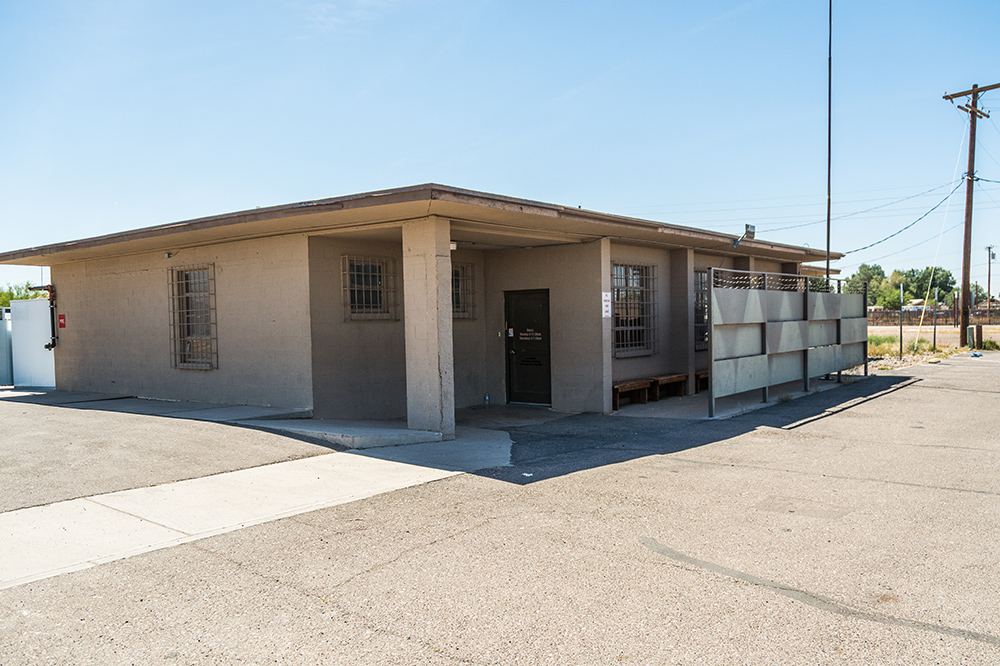