Once upon a time, the items at the top of the wish list for Maricopans were a “sit-down restaurant” and a solution for State Route 347.

Today, restaurant needs have taken a back seat as a hospital facility now rivals 347 for residents’ demands, according to recent polling. For some residents, the two are tightly connected.

“With all the accidents on 347, a trauma center staffed with the best physicians would save lives,” Carol Kaye Robinson responded in an InMaricopa Facebook post. “A top surgical center would go hand-in-hand with the trauma center.”

“I had to take my child to the ER twice this past year. One for an eye infection, one for asthma,” Jessica Truckner added. “When you have a sick child, a 20-minute drive on the nightmare road that is the 347 can feel like an eternity. Not to mention all the women that drive out of town to deliver babies.”

While Maricopa has doctor’s offices, clinics and urgent care, residents want something more. What that would look like and what needs it would fulfill vary. So does the identity of the entity that would be most likely to build a facility.

“We have had a recent and productive meeting with Dignity Health regarding their future plans for Maricopa,” City Manager Ricky Horst said. “This effort continues to be a work in progress. Dignity has reaffirmed their commitment to the city.”

Dignity and Banner Health have both invested in the city. Dignity Community Care continues to own about 18 undeveloped acres behind Maricopa Station and CVS and runs the urgent care at 20750 N. John Wayne Parkway, which operates from 10 a.m. to 8 p.m. daily. It is connected to Mercy Gilbert Medical Center.

Meanwhile, Banner Health Center at 17900 N. Porter Road has primary care physicians, X-rays and labs. It is affiliated with Banner hospitals in Casa Grande and the Valley.

“We need a small hospital with an emergency room, much like what Banner Health is building at Alma School and the 202,” Brent Egnal said in InMaricopa’s social media conversation. “It’s not a massive hospital, but it will have everything you need or want at a hospital.” 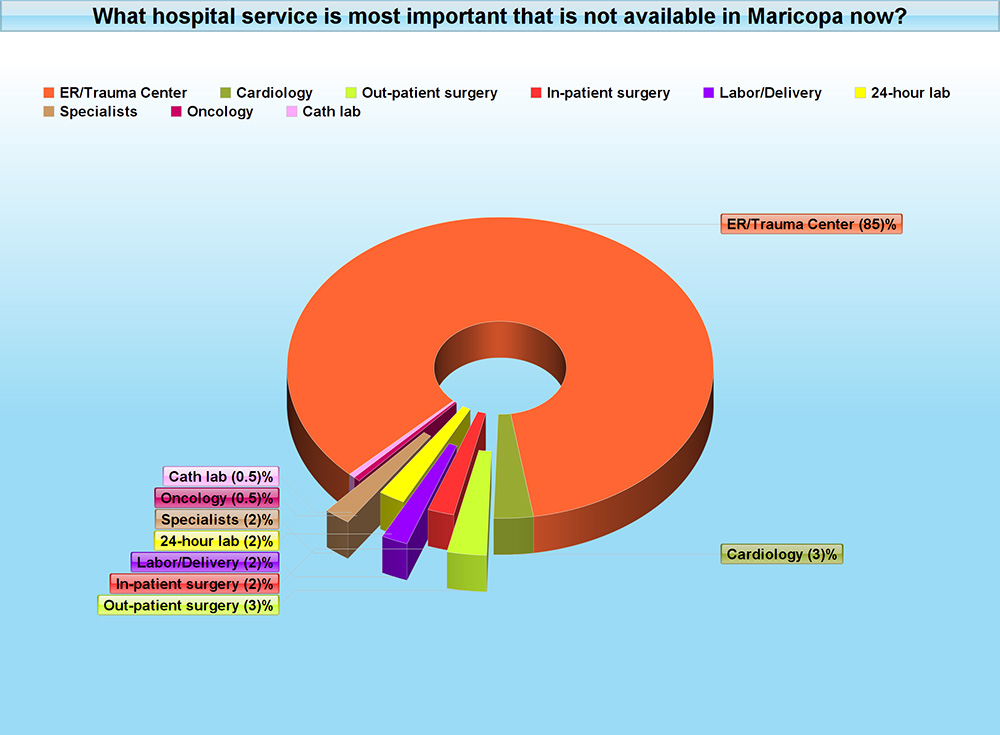 A hospital facility would serve the unincorporated area around Maricopa, one resident pointed out.

“While I appreciate all the people who live in Maricopa proper are concerned with the drive time, putting a full-service hospital in Maricopa will help Stanfield, Mobile, Hidden Valley, etc.” Michele Mayhugh commented to InMaricopa’s online query. “We have 45 minutes to an hour drive to a hospital.”

Not everyone agrees a hospital is necessary in Maricopa.

“I do not think we need a hospital,” Dawn Brunn said. “Maybe have the urgent care 24 hours to start. We are less than 30 minutes from two hospitals. This isn’t the first time I lived in a town without a hospital. I knew we didn’t have one when I moved here in 2008. I do not mind driving if I need to go to the hospital.”

Luchia Young was even more emphatic. “A hospital in Maricopa is a big no. I want a private helicopter company w/pad available to fly me to a major hospital with trauma care. If I need a trauma one with a neuro surgeon, I don’t want to be held up in some small-town hospital where I will end up a vegetable. We do maybe need a 24-hour urgent care.”

For the many residents who have been vocal about the need for a hospital, the push is driven by personal experience.

“I had to drive my husband with a ruptured appendix to Chandler Regional Hospital for care, then watch him writhe in agony every time a he had to wait for a gunshot victim to be treated first,” Anna Jones shared.

“I just spent over a week at Chandler Hospital, and to get there took the most terrible ambulance ride, and [I] prayed the whole trip,” Thomas DeGraphenreed II wrote.

“Well, if we had a hospital, I wouldn’t have almost had my baby in the bathtub,” Erin Tucker added.

This story appears in the 2019 Heath Guide. Click photo to see more. 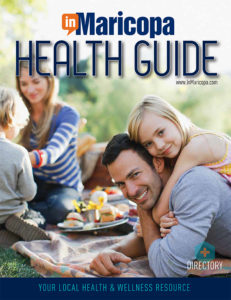 Flags to fly at half-staff to honor coronavirus victims

Lap pool at Copper Sky to reopen Saturday with restrictions