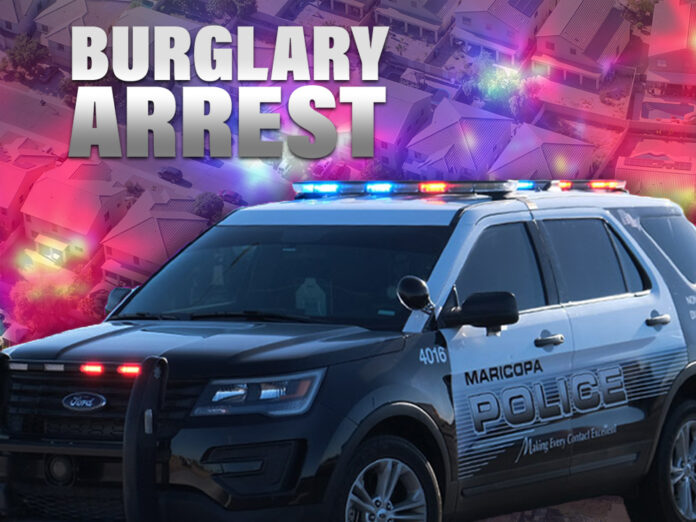 A local man is facing burglary charges after his arrest Friday.

Juan Moreno, 32, was arrested on third-degree burglary charges after allegedly pretending to be the homeowner of a residence burglarized on West Hathaway Avenue near the post office, Maricopa police said.

Around 6 p.m., Maricopa police responded to an audible fire alarm from a home on Hathaway Avenue when Maricopa Fire requested the call for service. When arriving on the scene, alarms in the house were still sounding. Officers made contact with a man, later identified as Moreno, at the front door. Moreno identified himself as “Paul” and told the officers to leave because it was his home, according to the report.

MPD made contact with the real owner of the home, who said absolutely no one should be in the house and stated he did not know anybody who goes by “Paul.” Police entered the home through an open side door to the garage and confronted “Paul.”

After identifying him as Juan Moreno, officers found him to be in possession of a gold-colored iPhone 7 that belonged to the homeowner, police said.

Moreno later allegedly admitted he gained access to the residence through the same unlocked side door that police used, and proceeded to take a shower, eat some crackers and have sparkling soda as well.

Moreno was placed under arrest, transported and booked into Pinal County jail.