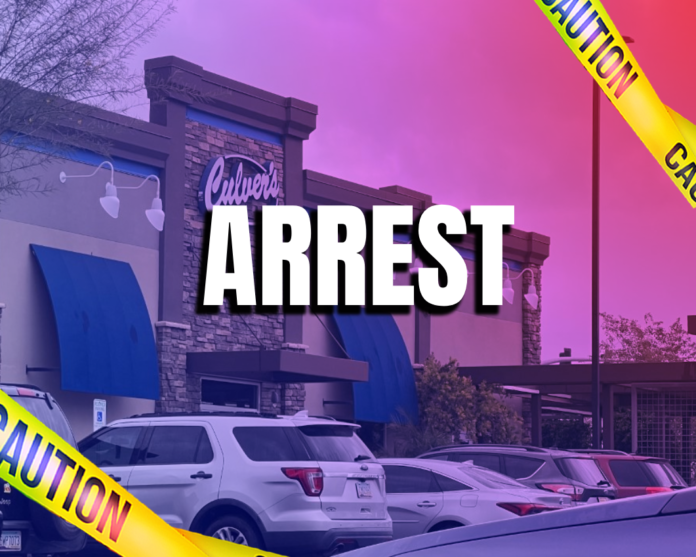 A Maricopa man is accused of assaulting a fast-food employee with custard on Thursday, after the wait for service of his dessert took longer than he anticipated.

David B. Glick, 62, was arrested on suspicion of assault and disorderly conduct, according to Maricopa Police.

According to the probable-cause statement:

An employee at Culver’s told officers that a male, later identified as Glick, was upset about employees taking too long to deliver his order of frozen custard.  Glick reportedly entered the store through the employee-only door and “ripped” the custard from an employee’s hand.

When the employee told Glick to leave, the man, while exiting the restaurant, raised the custard above his head and threatened to throw it at the employee, police said.

It was reported that as Glick left, he then threw a spoonful of custard, that struck the chest of the employee.

According to police, security footage supported the employee’s claim.

Maricopa Police contacted Glick at a local hotel, where he was staying.  According to police, Glick was being kicked out of the hotel due to behavior issues. Officers reported that Glick smelled of intoxicating liquors.

Officers say Glick admitted to being at Culver’s and being upset that service took longer than Glick anticipated for his custard but denied going inside the restaurant, police said.

Glick was handed a citation to sign on his two charges. When he refused to sign and threw down the pen, Glick was placed under arrest.