“Archaeological excavations conducted on the Gila River Indian Community in 2005 for the Santa Fe Pacific Pipeline’s (SFPP) East Line Expansion Project (ELX) resulted in the discovery of 38 prehistoric Hohokam canals,” Woodson explained in his abstract. “The canals were documented at three sites along the left bank of the Gila River. The canals occur on the Holocene terrace between Pima Butte and the confluence of the Santa Cruz and Gila rivers in an area of the middle Gila Valley known as ‘Santa Cruz Island.'”

The complex of canals, named the Riverbend canal system, was used 550-1,250 years ago. Woodson called the discovery “a major finding” in understanding the Hohokam canal system.

A study of the canal system reveals more information about the Hohokam and its use of the Santa Cruz Island.

“First, the ELX results suggest that this area primarily was used on a seasonal basis by people whose primary residence was across the Gila River at Hidden Ruin,” Woodson said. “Second, it appears that a segment of the canal system and its fields may have been abandoned at the end of the Colonial period as a result of salinization of agricultural soils. Third, evidence suggests that irrigators had to deal with increased flooding after the late Sedentary period, which may been a result of the downcutting and widening of the Gila River.”

The Hohokam are credited with the most extensive irrigation system in North America in the Classic period and were able to maintain crops in the same area for hundreds of years. Their farming culture disappeared for mysterious reasons, but their descendants include the Tohono O’odham and Pima.

“The responses of the Hohokam to these landscape changes is a testament to their resiliency,” Woodson said, “or their ability to adapt to potentially deleterious ecological conditions.”

This is the first in a monthly series of presentations for the Maricopa Historical Society. Upcoming presentations: 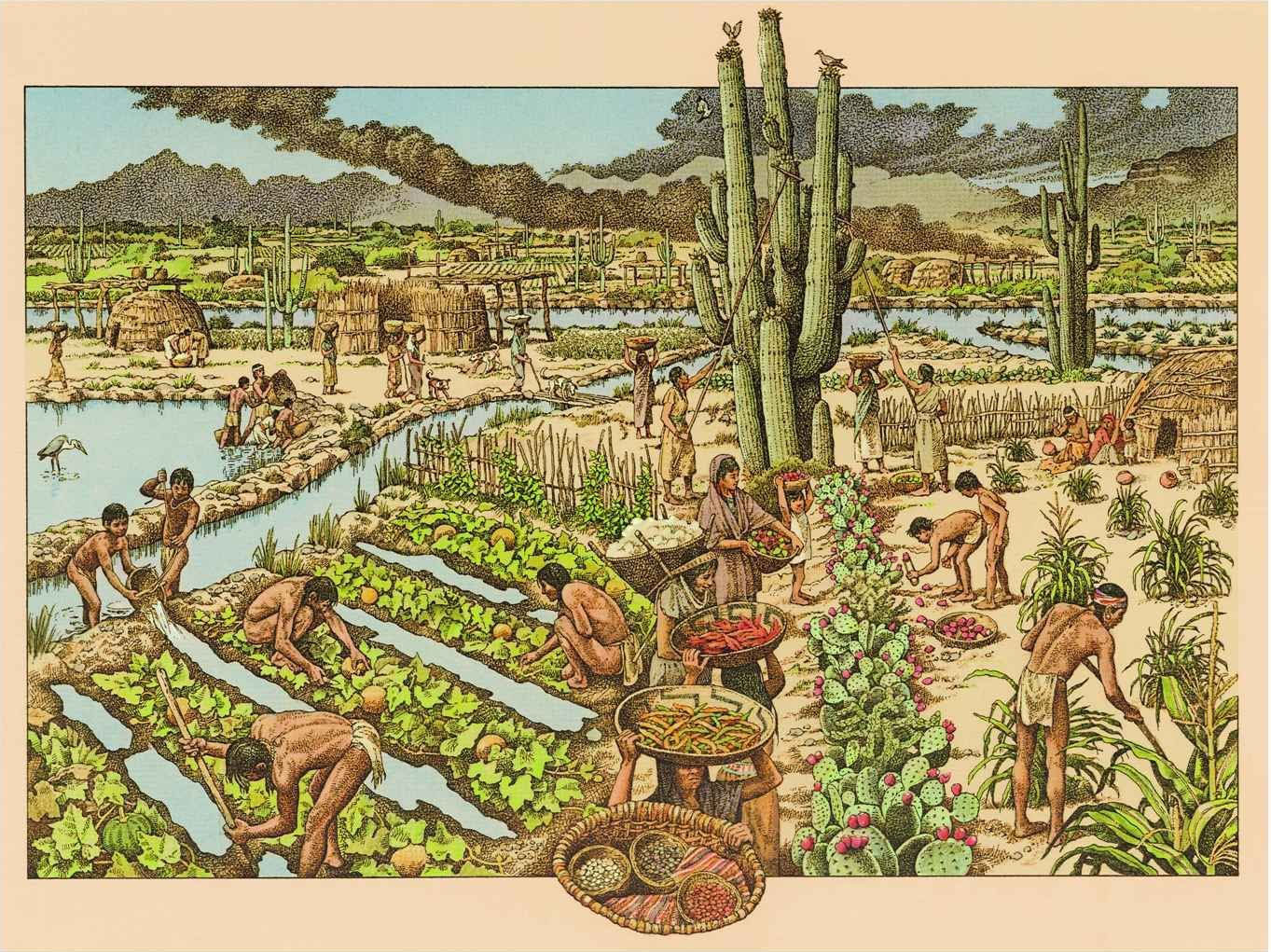