Following a California traffic accident that took the life of one of his crew members and injured others, Josh Turner has canceled the rest of his concerts in September, including his appearance at Harrah’s Ak-Chin Casino, which was scheduled for Sept. 28.

His tour is working reschedule the concerts.

Following the devastating news that one of Josh Turner’s tour buses was involved in a deadly accident in California, we have been told that all remaining shows in September will be rescheduled for a later date.  Josh’s show scheduled for Sept. 28 at Harrah’s Ak-Chin has been cancelled.

Once rescheduled, tickets to the original show at Harrah’s Ak-Chin will be honored.  A refund process will also be announced at that time for ticketholders that cannot make the rescheduled date.

Josh Turner and his road family have suffered a devastating loss.  We send our heartfelt condolences to Josh, his band and crew. 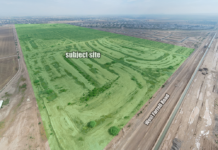