The Maricopa City Council agreed to test a left-hand turn restriction on a residential street near the public library at a meeting Tuesday.

Soon, during peak traffic hours, the city will begin limiting left-hand turns from Desert Greens Drive onto Smith-Enke Road due to recent concerns about the safety of drivers turning east.

After inquiring with Maricopa Police Department, Director of Public Works Bill Fay said since their most recent traffic study about a year ago, there has been only one accident at that intersection. Nonetheless, the city feels a traffic control device of some sort is needed.

“I had a commander in the military, years ago, that said to me, ‘Bill, if there is right way to shower and shave a cat, the army has a regulation on it,” Fay joked, alluding to the litany of regulations surrounding an issue like this.

A number of those regulations, Fay said, dictate a stop sign to be appropriate for the intersection.  However, since the danger has been assessed to only be a concern during high traffic hours, limiting left-turns was favored over a stop sign.

Some officials expressed concern with a complete left-turn restriction, saying drivers trying to head east on Smith-Enke would instead make a potentially dangerous U-turn farther west at Province Parkway.

“So [then], we haven’t really solved the problem,” Mayor Christian Price said. “We’ve only increased another problem.”

To better understand the effects of the restrictions, City Manager Gregory Rose suggested a testing period.

“Let’s do a BETA test,” Rose said, “see if restricting the left-hand turn during peak hours accomplishes what we’re trying to accomplish.”

In the end, council directed city staff to proceed with a limited left-turn restriction trial at Desert Greens Drive and Smith-Enke Road.

The exact time the restriction will go into effect, and the hours when left-turns will be limited, has yet to be determined, Fay said. Signs will be ordered, and times will be determined most likely in the next week or so, he said.

Though he couldn’t comment on what exact time of day the restrictions will be, Fay did say they will most likely be during morning and evening “rush-hour.” 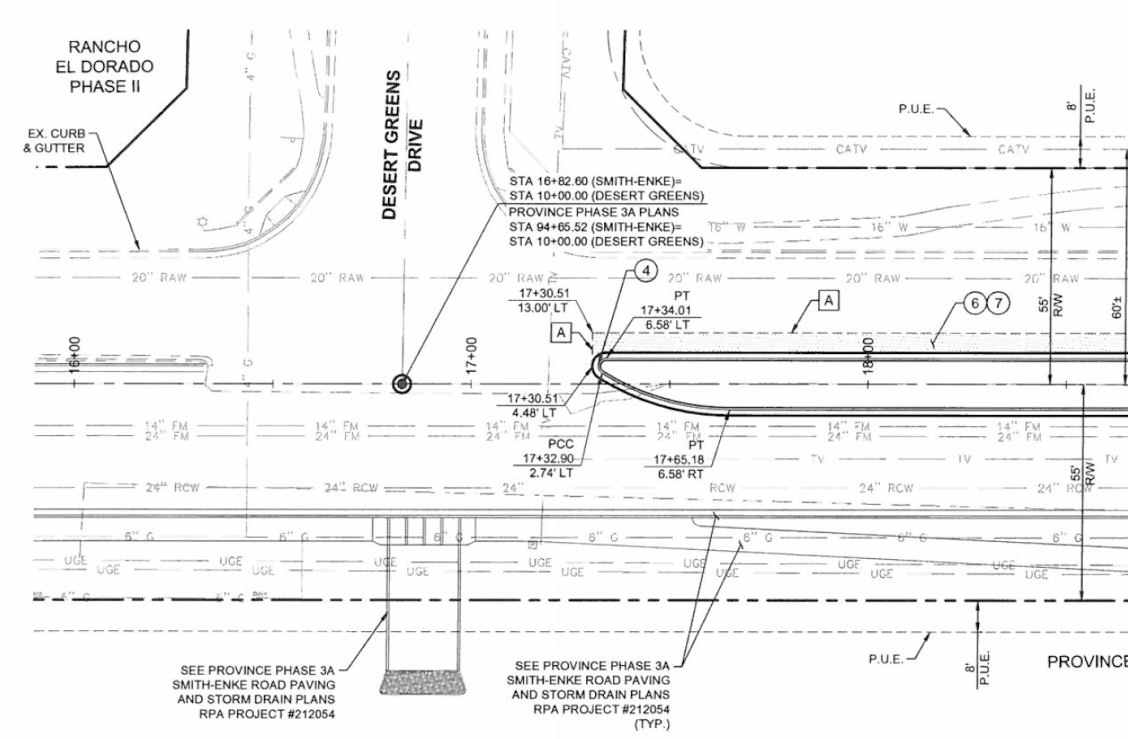