Chris Lineberry had a heart attack when he was 35 years old. He was the principal of an elementary school in North Carolina at the time. The medical event changed his life as well as the lives of his students.

He took dramatic steps to get rid of unhealthy foods and increase physical activity and stress-coping mechanisms at the school. As students’ body-mass index decreased, academic achievement improved. It was named a School of Distinction.

Now a resident of Desert Cedars in Maricopa and the principal of Stanfield Elementary, Lineberry has written a book with like-minded educators aimed at improving student fitness.

The book, “Recess Was My Favorite Subject: Where Did It Go?,” is subtitled “Improving Academic Achievement and Addressing Childhood Obesity in Your Classroom by Integrating Best Health and Wellness Practices with Required Instructional Standards.”

With the advent of more rigorous, standardized tests, many school districts across the country decreased or eliminated recess and physical education classes to make room for more academics. Lineberry saw that as an ill-informed response that did more harm than good.

“There is a significant body of research that demonstrates the connection between physical activity and achievement,” Lineberry said.

His goal is to show teachers and administrators how to keep recess a regular part of the daily schedule without limiting academics or spending money. He is doing so by example at Stanfield.

“We are the first and only school in Arizona to ever win the Gold with Distinction award from the USDA,” he said. That is awarded for a high level of physical education and nutrition.

In October, Stanfield Elementary was awarded a $100,000 fitness center from the National Foundation for Governor’s Fitness Councils. It was presented by Jake “Body by Jake” Stienfeld, the director of NFGFC, and is open to students and staff. Lineberry said the district may also provide access to the public next year.

In January the state Board of Education’s A-F Accountability Committee discussed adding points for PE/Health Education.

Melissa Sadorf, superintendent of Stanfield Elementary School District, spoke to the ad-hoc committee, telling them that as a former PE teacher, she found it imperative to address the whole child.

“Every student at Stanfield gets at least 30 minutes of physical activity daily,” she said. “Out-of-seat time is expected every hour in every classroom; oral hygiene, which is the No. 1 cause of student absences, is also addressed.

“Health and wellness are just as much a priority as student achievement and should be recognized as such for the districts that choose to take those opportunities on,” Sadorf said.

This week, the state House of Representatives gave preliminary approval to a requirement that elementary school students be given at least 50 minutes of “unstructured recess.”

Lineberry and his co-authors are passionate about educating the “whole” child. William Shane Hesse is a lecturer for Arizona State University and was the state’s Middle School Physical Education Teacher of the Year in 2011. Lynn Miller is the principal of Sandra Day O’Connor High School. J. Allen Queen has been a professor at UNC-Charlotte for 25 years. Queen also owns the Writers Edge Press, which published “Recess Was My Favorite Subject.” All have doctorates in education.

“The misconception is that we have to choose – either healthy kids, active kids, or highly-performing, academically-strong kids. We don’t have to choose. The two go together.”

He said the basic human need to be active, well-nourished and healthy is interrelated to the ability to problem-solve, read, do math and formulate a cognitive perspective.

The book leads educators to programs and lesson plans that work physical activity into the classroom. Lineberry said he does not schedule recess periods but leaves that to the teachers. He also encourages teachers to feel free to take the kids outdoors when they are getting squirmy and antsy.

According to the Center for Disease Control and Prevention, the obesity rate for children age 2-19 years in the United States is 17 percent. The rate has seen a significant decline for ages 2-5 years, from 14 percent in 2004 to 9 percent in 2014, while other age groups showed little change. The percentage of American youth considered overweight is around 40 percent.

“The time has come for a paradigm shift,” Lineberry said. 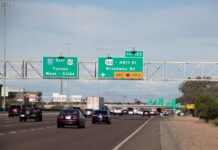