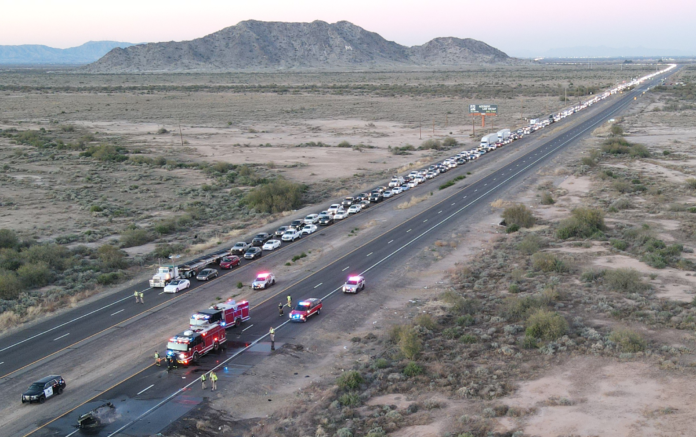 A driver is dead as a wreck halted northbound traffic Thursday night on State Route 347 near Casa Blanca Road for hours.

According to the Arizona Department of Transportation, a vehicle apparently drove into oncoming traffic, hit another vehicle and ignited into flames. The driver that crossed the median died. The wreck required fire company support, along with paramedics, leading officials to shut down traffic heading north out of town.

The vehicle was headed south and crossed the median into northbound traffic and hit another vehicle with four people, none of whom sustained life threatening injuries.