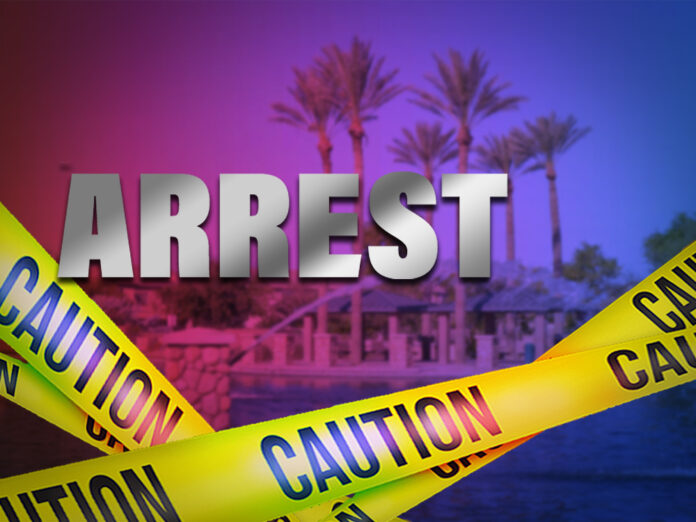 A Maricopa man is facing multiple charges after his Sunday morning arrest.

Tyree Johnson is charged with burglary, criminal trespassing, misconduct with a deadly weapon, and possession of marijuana and dangerous drug for sale during a call that began as a car accident report, police said.

Around 7 a.m. officers were dispatched to North Cobblestone Farms for a report of a single-vehicle collision. While en route to the scene, police were told by dispatchers that the driver was reportedly on foot, walking southbound on John Wayne Parkway carrying a black book bag.

Police found the man, later identified as Tyree Johnson, and tried to make contact with him. Johnson allegedly fled from officers, hopping a wall into a resident’s backyard. Police searched the block and allegedly saw Johnson enter a home on West Canyon Creek Drive through an exterior garage door. When attempting to make contact again, Johnson continued to run from police, jumping into another yard before he was stopped and arrested, police said.

Officers conducted a search through Johnson’s backpack and allegedly found the following:

When questioned, Johnson claimed he found the bag in Tempe. He later told officers he obtained the assault rifle from a website called Armslist and had the handgun built for him, according to police. Johnson had no response on the marijuana and other drugs in the bag, but admitted to taking THC edibles before his contact with officers, according to the police report.

Johnson was booked into Pinal County Jail. He has since been released according to online jail records.

If convicted, he could face up to a year in jail, or two years in prison, according to Arizona statute.