A vigorous artistic contest will take place on the evening of Oct. 9 when Maricopa ARTS Council’s All-Arizona Poetry Slam Championship REMATCH is presented at Honeycutt Coffee. Poets from all over the state will battle in a three-round, elimination contest, a 14-person “duel” in the art of performance of one’s own original poetry.

The 14 first-round starting poets include the three All-AZ champions named at the March All-AZ Slam held at Maricopa’s City Hall with performers live and in-person and audience online. These top 14 are led by well-known local poet Tristen Marshall, who received 1st Prize, and they’ll all be competing anew before an in-person audience Oct. 9.

These top 14 were hand-picked by MAC’s Slam Master, poet and shark enthusiast Bernard Schober, who performs as The Klute. A many-times veteran of the annual National Slam and author of twelve books, The Klute has supervised and led all MAC’s poetry slam events since Maricopa ARTS Council introduced this type of Arts event to the city in 2016. The 14 competitors in March include representatives of the Phoenix Slam, Sedona Slam and Flagstaff Slam, plus two poets recently added from nearby locales.

A $5 cash entrance fee will be charged at the door and food and drinks will be available for purchase during the event.

Slam Poetry offers works by revealing the innermost thoughts and feelings of the poets; through their spoken delivery these words make us laugh, think and at times relate to ourselves personally. National Slam rules will prevail: each poem must be the poet’s own creation and should be no longer than three minutes.

The event is a free-speech event – themes can be historical, political, and/or very personal. Judges are chosen from the audience, and every performance is rated by each judge Olympics-style in each round. By round 3, only five poets remain to compete for MAC’s three money prizes: $250, $200, $150.

The Slam Championship event will be preceded by a different type of artistry with an “Art-on-the-Spot” painting created right before your eyes from 5 to 6 p.m. by a well-known Maricopa Artist specially selected for this event, painter Kaui Wilson.

Visit the All-Arizona Poetry Slam: The Rematch Facebook event for more details as they are posted. 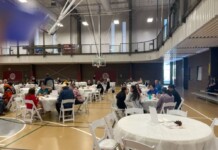 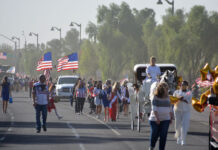 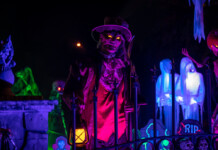 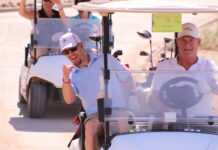