More than 100 Maricopans gathered in a local neighborhood Monday night to lend a family in crisis a hand and to give them their “Best Christmas Ever.”

The Powell family was the recipient of a generous community effort that totaled more than $70,000 in gifts.

Katrina and Michael Powell are facing a good deal of adversity after their 9-year-old son, Brayden, checked into Phoenix Children’s Hospital in September with a fever and a few days later was paralyzed from the waist down.

They also have three other kids: Brenden, Bentley and Bella.

Brayden was diagnosed with Transverse Myelitis, a rare condition with only 1,400 new cases a year.

The only treatment available for Brayden is stem-cell therapy, and the family must travel to Costa Rica for it. Estimates for the therapy are close to $100,000.

Michael Powell, Brayden’s father, was overwhelmed with emotion at the outpouring of support from the community.

“We continue the course that we’re going on and we keep having these hurdles,” Powell said. “We have these hurdles that we keep on having to jump through and get over, and the community and everyone around us keeps surprising us and just giving us a little boost.”

Brayden had to go back to the hospital over the weekend and had just been released earlier in the day.

As Powelll explained, it was just another tough day in a string of many.

“When it’s just getting rough and rougher, like today, we just got back from the hospital today and again, it’s just amazing to come and see this.”

Best Christmas Ever is a group that seeks to help families in need at Christmas time. The organization started 10 years ago and is headquartered in Minnesota.

There are three rules to be nominated: First, the family cannot nominate itself; the family must have fallen on hard times due to no fault of their own; and there must be minor children in the home.

BJ Lingren, a native of Minnesota, is a board member of Best Christmas Ever. She splits time between Minnesota and Maricopa.

BJ and her husband, Scott, spend their winters in Maricopa and wanted to bring along a tradition with them.

Normally, as BJ Lindgren explained, a BCE presentation takes around 30 minutes. And the award amount is $15,000 to $20,000. This one took nearly an hour. There were Christmas carolers and a parade that went nearly 40 cars long, including multiple fire trucks and police cruisers.

Aside from a scrapbook filled with many gift cards from merchants around Maricopa and beyond, there were gifts galore for the family.

There were so many that volunteers had to form a bucket brigade of sorts, where nearly 20 visitors passed gifts from the two stuffed vans to the front door of the Powell’s house. The Christmas tree was a full-sized tree no doubt, but it was dwarfed by the number of presents sitting under the tree.

Check back with InMaricopa in the coming days for more about Best Christmas Ever Maricopa. 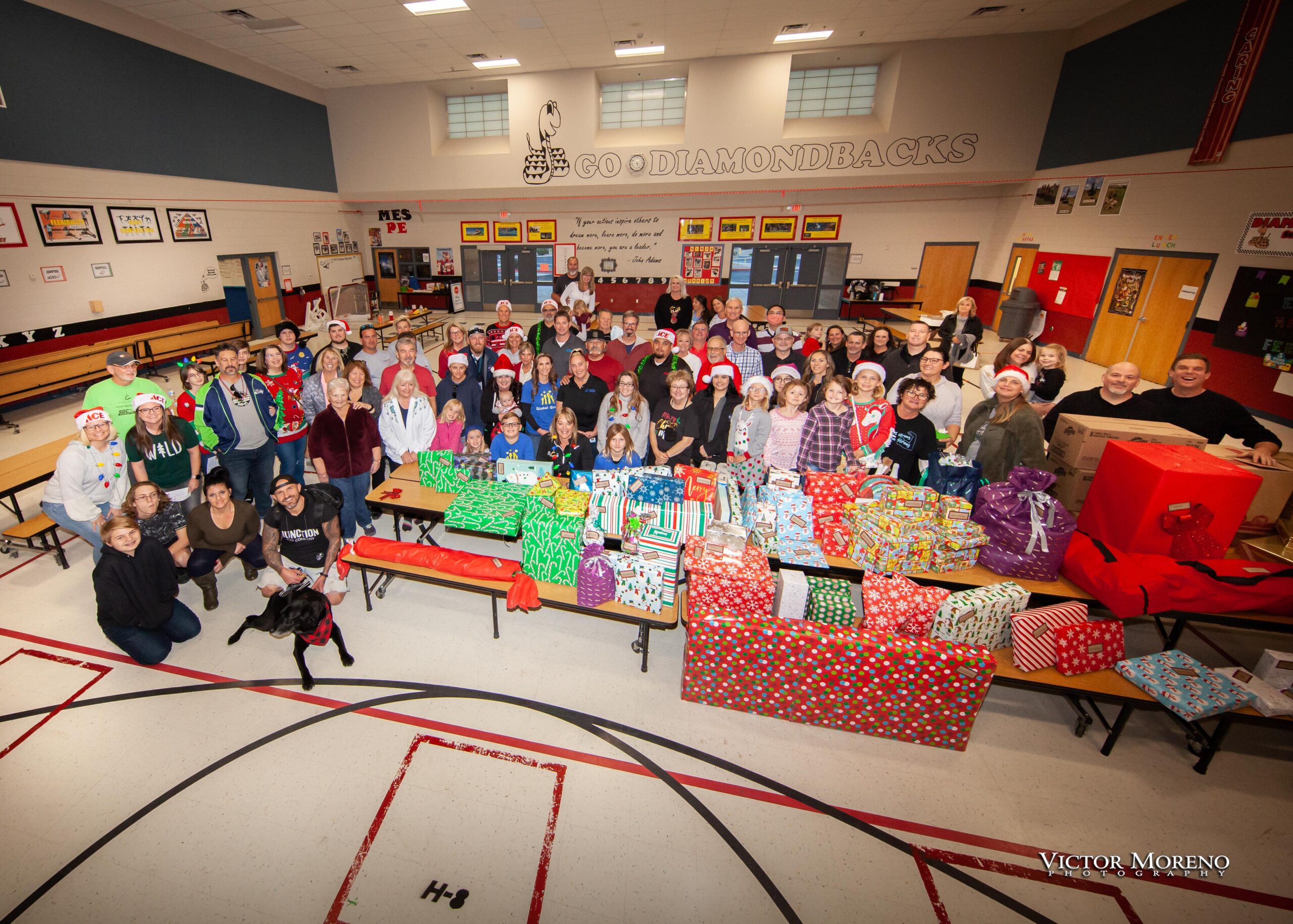