From kids to adults, more and more people are playing video games whether it is a console or a cellphone. 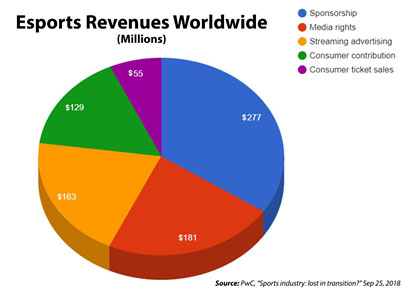 With big brands such as ESPN airing gaming competitions known as Esports, video games are no longer something just “nerds” play. City Programs and Marketing Coordinator Matthew Reiter recognizes this growth in popularity as the perfect time to bring Esports to Maricopa.

Two rooms in the Copper Sky activity center were modified to be one large room to fit all the tech, tables and equipment.

Aside from just purchasing gaming consoles, 12 gaming computers were custom-built for the Esports room earlier in August with certified tech students from Maricopa High School guiding a class.

Ray Nieves, owner of 911 Air Repair,  has been an enthusiastic supporter and the main sponsor for the Esports League. Nieves is ready to give the kids something he didn’t have growing up in Maricopa.

“I’ve lived here my whole life. I grew up here, and my kids are going to grow up here,” Nieves said. “This is a reason to shop local. Your money is staying here and helping things like this.”

Nieves has helped sponsor numerous causes from the City’s Fourth of July event to Maricopa Little League. Nieves showed interest in the league because of the rapid growth and domination Esports have displayed in the sports market, recalling an American Teenager who won $3 million for winning an Esports tournament for the popular online game “Fortnite” earlier this year.

Kids can expect to play their first tournament on Sept. 14. “Fortnite” will kick off the recreational season, with the official league beginning in October. Future titles for tournaments include “Super Smash Brothers,” “Rocket League” and “Overwatch.”

“We want to develop healthy relationships with video games,” Reiter explained. “We want to have a fun environment and bring back free play, for something kids enjoy.”

Additional information on dates and future tournaments can be found at https://www.facebook.com/groups/maricopaesports/

Maricopa gets upgrade as it refinances Copper Sky bond

Fourth fireworks show will go on, but other activities up in the air