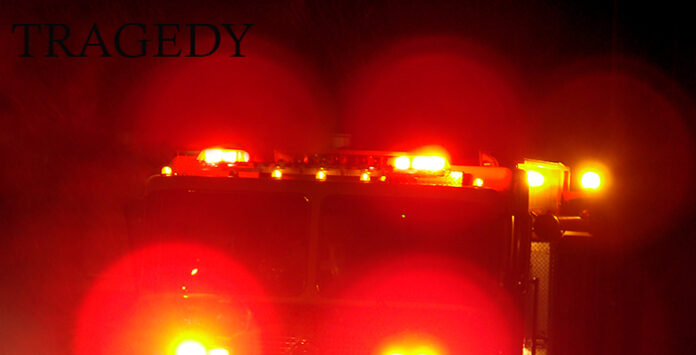 A Maricopa mother was informed this morning her four oldest children perished in a house fire in Illinois overnight.

“The Maricopa fire chaplain and a few cops came to my door,” said Veronica Masterson. “How can this happen in one family?”

Veronica Masterson said the oldest children, age 11-17, were staying with their father Timothy Shaw, 39, near Dixon, Illinois. Their father and his wife Melissa, 37, also died, according to fire reports.

The fire broke out just after midnight Tuesday morning. The state fire marshal and state police are investigating but the fire is not being treated as suspicious.

The children, Ethen Alexander Shaw, 17, LeAnne Elizabeth Shaw, 15, Hailey Faith Shaw, 12, and Dylan Joseph Shaw, 11, had attended school at Legacy and Sequoia Pathway in Maricopa before they moved to Illinois to spend time with their father.

“He was in the military, so he was gone most of the time,” Veronica Masterson said. “Then he left the military, and they had a chance to get to know him. Even though he wasn’t around much, Daddy’s still a hero.”

She last spoke to the kids two days ago. Veronica has the kids every Christmas, and they talked about how long they would stay and how they could accommodate their father’s family in the holiday. Shaw’s parents live around the corner from his house.

Ethen Shaw is reported to have called 911 the night of the fire, saying he was trapped in the basement by smoke.

“When first responders arrived on scene, the two story residential structure was fully engulfed,” Ogle County Sheriff’s Office stated in a news release. “Once the fire was extinguished six victims were located in the residence, one on the second floor, four on the first floor and one in the basement.”

Catrina Jensen has been best friends with Veronica Masterson since before LeAnne was born. They lived across the street from each other for years in San Diego.

“Their babies were my babies,” she said, likening the Shaws to Cabbage Patch Kids. “They were gorgeous babies. Just gorgeous, with big, huge round eyes and chubby, little fat faces.”

She said Ethen, a senior in high school, recently landed his first job. “He’s going to be so terribly missed.” LeAnne was “a whole bunch on the shy side, but when she warmed up to you, she loved you with her whole heart.”

She called Hailey the Enforcer and Dylan the Negotiator. “Hailey was a firecracker. Dylan was her little peacemaker. He loved everyone. He was a delight.”

Jensen, who later discovered her husband and Veronica are second cousins, has always felt part of the family. With events that have rocked the Mastersons the past four years, she has become a Veronica’s rock.

The Mastersons have three children at home, age 7, 6 and 1. Two were at school when Veronica learned about the tragedy. She anguished through the day wondering how she would tell them about their brothers and sisters.

At the same time, she struggled to find answers for herself. “I got my baby, I got my other kids,” she said. “It’s not my whole heart, but it’s such a huge part of it.

“My husband was a great strength when Aaron died. I didn’t know if I’d come back from his death. I kind of went down a dark rabbit hole. But he brought me back. We have each other.”

After Aaron’s death, Jensen moved her family to Maricopa to watch over Veronica and help pull her back from the dark side. “She locked everybody out, and I told her, ‘I’m here, I’m staying, you’re going to look at me and talk to me, and we’re going to get through this. This time, I don’t know.”

“Her support is something you only dream about having in your life,” Masterson said.

Now dealing with the unthinkable, Masterson’s focus is on bringing her children back to Arizona. Jensen has set up a fund to help the family.

“I need to get my babies home,” Masterson said. “I need them home.”