If you watch online videos, read news reports or take even an occasional look at your Facebook feed, it’s obvious our country is now more divided than ever.

That division has sharpened in the months since George Floyd died in the custody of Minneapolis police, the deadly arrest captured on video by a bystander. In the aftermath, huge groups have gathered nationwide to protest institutional racism and police brutality.

In response to those protests, police departments across the country have taken tangible steps to reform the policies and procedures that guide their interactions with civilians. Dozens of cities, including Phoenix, have banned chokeholds, for example.

Maricopa police Chief Steve Stahl has been on the frontlines of local protests, kneeling in solidarity and calling the Floyd incident a “horrific” act of violence. He and other officers have made a point to hear the concerns of people in the city, and Stahl remains optimistic in the trust built by his department with city residents during these turbulent times.

“I’m extremely proud of the community and our officers for getting together, peacefully listening, talking, sharing ideas,” Stahl said. “I’m not a fool in thinking that we are perfect. We never will be. Humans do policing. But how can we collectively continue to do better?”

One popular tool to help keep police accountable in their interactions with the public are on-body cameras. All 70 sworn Maricopa officers wear the cameras, but they don’t capture those interactions unless the “record” button is pushed by the officer. 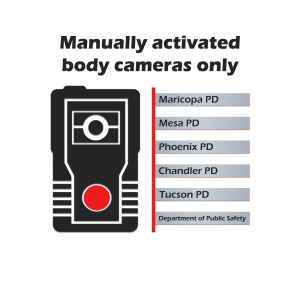 The department’s body-cam policy states: “All members assigned a BWC (body worn camera) shall make every attempt to activate the device to record all contacts with citizens in the performance of their official duties (e.g., calls for service, traffic incidents, supervisors contacting citizens regarding complaints, etc.). Members shall also activate their BWC during emergency or pursuit driving situations, when practical.”

Some question policies that leave it up to officers to make sure the camera is recording, specifically in use-of-force situations. But activating a body cam may not be practical, Stahl suggested, in situations where an officer arrives on a dangerous scene, for example.

“I drive up on you and you’re pointing a gun at me. Am I going to point a gun back at you or am I going to turn on my body camera?” Stahl said, intensely. “So immediately they’re violating policy just because they didn’t have time to turn on their own body camera? That’s like playing Catch-22 and that puts our officers at a disadvantage.”

Many police agencies share Stahl’s sentiment on manual activation. In response, manufacturers have worked to advance the technology of BWCs. According to the Electronic Frontier Foundation, new camera models include real-time video streaming and automatic activation of cameras triggered by sirens, the speed limit of a police cruiser, and even gunfire.

Axon Enterprise, a Scottsdale-based company that sells BWCs and Tasers to law enforcement agencies nationwide, including the Maricopa Police Department, offers a wireless gun holster sensor that will activate an officer’s camera as soon as it is drawn. Axon did not respond to numerous requests for more information about its BWC products.

The Maricopa force was the first in Pinal County to fully deploy the use of BWCs as standard practice. More than 5,300 pieces of digital evidence were collected by the 70 cameras in 2019. Other cities are sifting through even more data and footage. In 2018, the city of Duluth, Minnesota – population near 86,000, about 59% larger than Maricopa – was generating from 96,000 to 120,000 pieces of digital evidence annually from only 11 BWCs in use by the police department, Government Technology Magazine reported. Duluth police have a manual activation policy in place.

Maricopa pays about $900 for each BWC unit, but the real costs of the program are related to storing the video in the cloud, about $110,000 to kick off the program and an annual cost of $45,000. Always-on body cameras would drive up those costs significantly, said Stahl. Those high costs are a concern echoed by law enforcement agencies all across the country.

“Only two states, Nevada and South Carolina, require all law enforcement agencies to use the cameras,” according to The Pew Charitable Trusts. “Both states have faced challenges in reaching universal compliance. To help cover the cost, the law allowed county governments to increase 9-1-1 surcharges on phone bills.”

Additional concerns cited by Stahl include the limitations of the camera batteries — he said the Maricopa units only last about eight hours — as well as human error and privacy concerns.

At the state level, Gov. Doug Ducey’s proposed fiscal 2021 budget includes $5 million to outfit all sworn officers in the Arizona Department of Public Safety with BWCs. A law passed in Arizona in 2015 allows law enforcement agencies to decide whether the cameras are always-on or manually activated. It also gives agencies the ability withhold footage, as it is not legally public record.

MPD was the youngest police department in the country to be certified by the Commission on Accreditation for Law Enforcement Agencies (CALEA), a credentialing authority that assesses compliance with a body of standards.

“Not only does that tell all of you and all of the citizens that our policies are some of the best in the country, but we do what we say we do right,” Stahl said. “You know, people are longing for having that face-to-face discussion. And it’s those communications that have to continue to happen.

“Make no mistake about policing, (it) is a difficult thing to do,” he added, “you’re dealing with human dynamics under emotional situations all the time. If you wait until something like the George Floyd incident happens, you are behind the curve.” 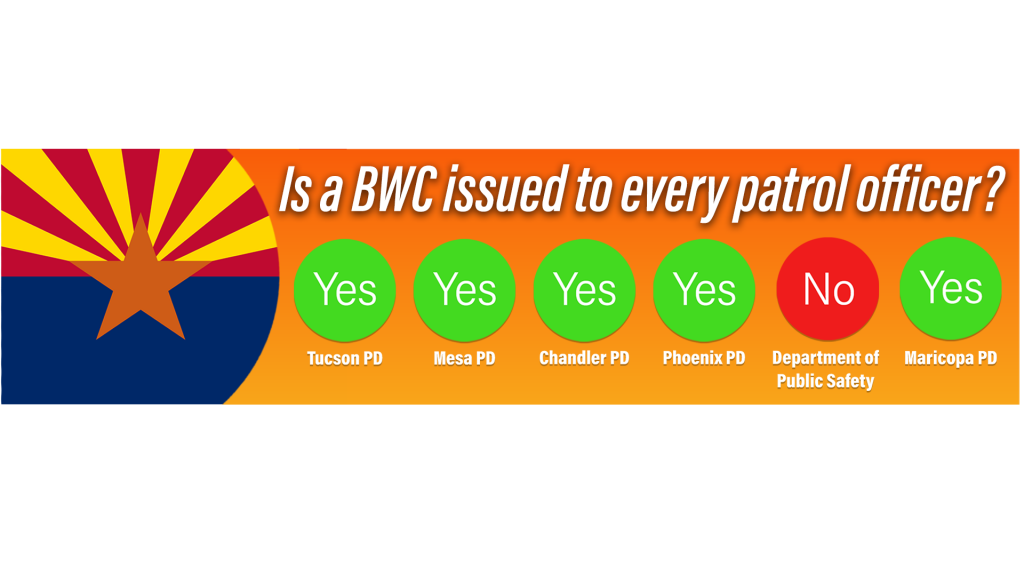 The story appeared in the September edition of InMaricopa magazine.