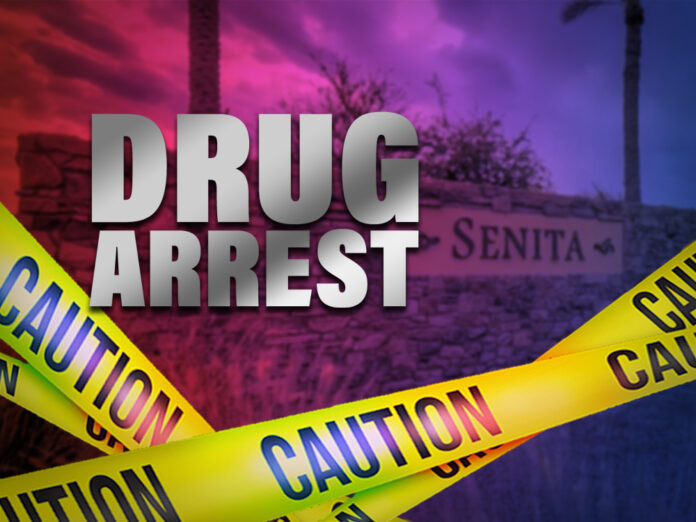 A Maricopa man is facing marijuana charges after his arrest Wednesday.

Parish Davis, 19, is charged with possession of marijuana with intent to sell and drug paraphernalia after a surveillance operation by Maricopa detectives and officers, police said.

On Sept. 11, Maricopa police monitored the area of West Wild Horse Trail and North Lousandra Drive in Senita after multiple reports alleging a “drug house” was operating in the area. Officers observed a large amount of vehicle and foot traffic coming out of a home in that part of the residential community. People would stay for a short time and leave quickly, behavior consistent with the sale of drugs, police said.

Police said a man, later identified as Parish Davis, was observed leaving the home, meeting people a few blocks away to exchange items and then returning to the residence. Police performed traffic stops on several individuals and vehicles involved in transactions, finding them in possession of clear plastic bags of marijuana. Two of the people arrested verbally identified Parish as their dealer, according to the police report.

Around 11 a.m. on Sept. 30, Parish was arrested near the area of North Lousandra Drive and West Arizona Avenue, with 4.1 grams of marijuana allegedly in his possession. Upon a search of Parish’s home, police allegedly discovered 1.34 lbs of marijuana individually wrapped and packaged for sale, along with about $865 in various denominations of U.S. currency, police said.

When interviewed at the Maricopa police station, Parish allegedly admitted to purchasing a couple of pounds of marijuana in Phoenix for about $1,600 to $1,800 a pound. He told police he would sell an ounce in Maricopa for $200 to $300 to his customers. He allegedly admitted to selling pot for about a year. On Parish’s cellphone lock screen, police said they found multiple visible notifications of money sent through the popular Cash app. One of the subjects sent Parish around $30, then requesting a refund of the same amount after his arrest, police said.

Another message read, “aye check ur crib before u go home ya’ll street hot af,” alerting Parish to a police presence in the area, according to police.

Parish was later booked into Pinal County Jail. He has since been released, according to online jail records.

If convicted, he would face up to 5 years in jail, according to Arizona statute.