For the Pima Butte Robotics team, it will be the second state competition in a row.

“This year, we actually had three separate teams building robots, and two of the three teams have qualified for state,” assistant coach Michael Gray said.

Santa Cruz Elementary, also in the Maricopa Unified School District, qualified a team, as did the charter school Leading Edge Academy and the Maricopa Homeschoolers.

The Homeschoolers, whose team name is Light Signal, are the only Maricopa middle school team to reach the state competition. They will compete against 12 other schools.

“This Vex season they’ve won four trophies,” Homeschoolers parent Theresa Walton said. “We are so proud of them.”

Leading Edge has had three teams place in February competitions, and it was the fifth-grade team that qualified for state. They were fourth overall at the Sequoia High School Classic, and they took first place and the trophy for programming skills at Imagine Prep Superstition. 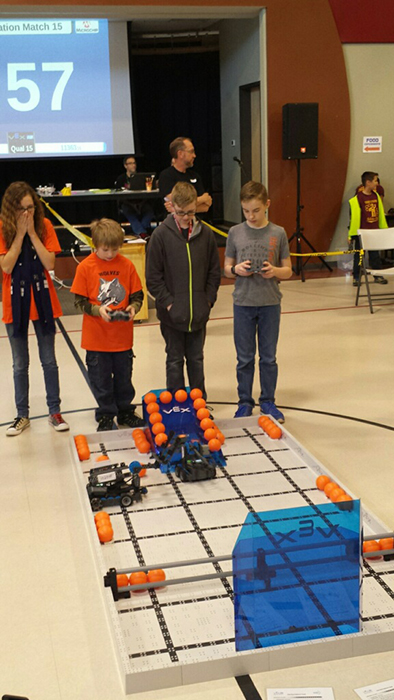 The MUSD and Leading Edge teams are sponsored by the Ak-Chin STEAM Foundation. There are 18 teams competing in the elementary division.