Maricopa regards itself as a 21st-century city on the move. Actually, it has been on the move since the middle of the 19th century, when its hub settlements made a series of moves within a few miles of its current site.

So perhaps it is fitting that its first museum also has covered some ground.

The Maricopa Museum and Visitor Center, operated by the Maricopa Historical Society, opens Saturday at 44240 W. Maricopa-Casa Grande Highway, housed in a building that in the 1940s was part of Williams Field, an Air Force installation in Chandler where pilots were trained for World War II.

“We procured the building in 1987 when they were getting ready to close the base, and moved it here,” said Paul Shirk, president of the Maricopa Historical Society.

Initially, the building was the city library and then it became a veterans’ center. Now, it is loaded with information and memorabilia, including a big dose of John Wayne’s presence, that tells Maricopa’s journeys of a few miles each from Maricopa Wells to Maricopaville to Maricopa Junction – the place now known as Maricopa.

When the building was a library, there was “Coffee on the Porch.”

That’s back, Shirk said. On Wednesdays, the public can stop by for a cup and a chat on the front porch with members of the historical society about the city’s history.

“The problem with museums is they can only show about 3% of what they’ve got,” Shirk said. “Stuff is always going to be changing.

“Mary Lou Smith was just in here. She and John Smith are the people Smith Enke Road is named after. She wanted to see this because she helped start this society. I told her, ‘Mary Lou, we’ll do it proud.’ We’re having a whole lot of fun finding a lot of cool stuff.”

While the building has history of its own, there’s much more inside, with concentration on the three places that have been Maricopa in some form.

Maricopa Wells was the original. Then, Maricopaville, which became Heaton, was about 6 miles west of today’s Maricopa. 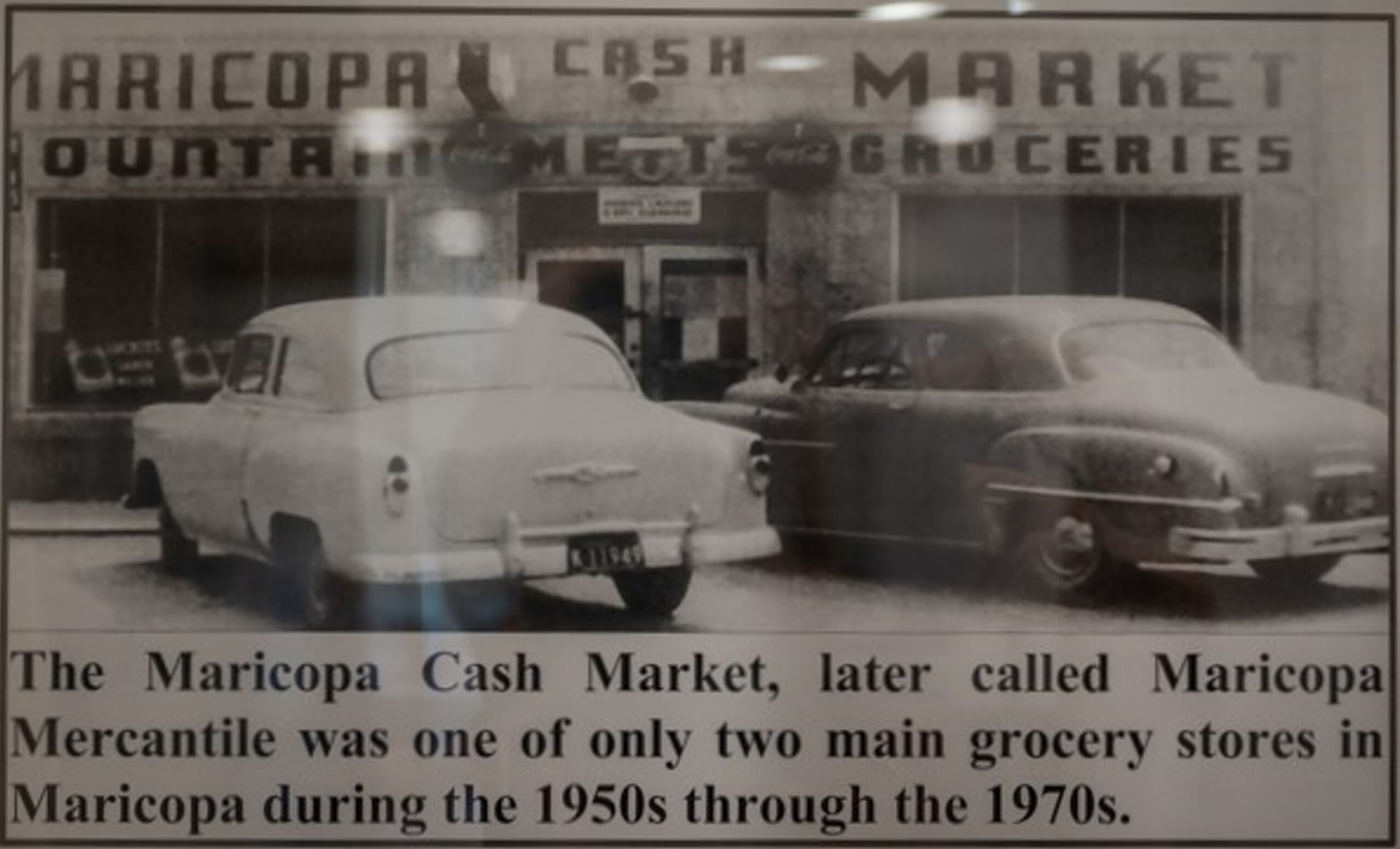 “People always ask a lot of questions about that, because even people living in the area don’t always know that history, and how that came about,” Shirk said. “But the railroad was the driving force of all of that.”

A model of wagons in the Maricopa Wells section shows that people who came west from the East Coast didn’t always travel in the covered wagons traditionally associated with the Old West. They looked more like stagecoaches.

“They transferred people in St. Louis to what they call a celerity wagon, or a mud wagon, because of conditions they encountered,” Shirk said. “We recreated that scene to match what was in an 1858 newsletter.”

Shirk’s pride and joy is an exact scale replica of the Maricopa and Phoenix Railroad Station, from which trains made their first journey to Phoenix In 1887.  Fire destroyed it in 1931. Originally a school project, it was dilapidated and falling apart when Shirk got his hands on it, he said.

“I got in touch with Southern Pacific and got their book that gave the exact colors and the way the wood was, vertical and horizontal, and I re-created this station,” he said. “I did this with all balsa wood and a laser I have so it made an exact replica of the depot. Just a few days ago, we got these photos of the locomotives that ran from here to Phoenix. These are really rare.

“At the time, Maricopa was even being considered for the state capital, so this depot they built was considerably larger than the one in Phoenix. Isn’t that cool?”

It took Shirk and other members of the historical society years to find items for the museum.

“I am a researcher by trade, and I keep going,” he said. “Just two weeks ago, we were not getting a lot of information on Maricopaville because it was only there a few years.”

Maricopaville moved after seven years when it was learned the junction of the Southern Pacific and the Maricopa and Phoenix lines was going to be a few miles away, so the settlement moved to what was then called Maricopa Junction, now Maricopa.

“I was interested in the old Maricopaville station so I dug until I found a Southern Pacific person who gave me a blueprint of it, and then they said, ‘Did you know that Maricopaville station was taken apart and moved to Los Banos, California?’ I said you’re kidding,” Shirk said. “They moved it on flatcars 750 miles. I contacted the Los Banos Historical Society and got a picture of that reconstructed depot.”

It is on display.

The stagecoach played a role in the city’s growth. Stagecoach Days, once was a celebration observed the first two weeks of October drawing as many as 2,000 celebrants, died a quiet death. Shirk hinted that there is a movement afoot to bring it back.

“But there’s nothing official yet,” he said.

The city’s past is full of colorful lore. Perry Williams, the first mayor — albeit self-proclaimed — long, long before Maricopa was incorporated, had a pet bobcat that he paraded around town on a leash.

“It’s just a joy bringing all this stuff together so people can understand Maricopa was a happenin’ place,” Shirk said. “We want to continue to tell that story.”