Facebook
Twitter
Pinterest
Email
You may have seen the TV commercials, but there is more than meets the eye with chia (Salvia hispanica), the iconic seed of the beloved terracotta sprouted pet of the 1980s.

This humble plant makes a nice addition to the garden and, in recent years, has become popular as a superfood and cash crop. If you dig deeper, you will find this lovely plant was once a major commodity and even revered by ancient cultures.

The pale blue flower of this annual is a favorite of butterflies and bees. While native to Mexico and Guatemala, chia grows well in full sun in USDA zones 8-11 (which include southern Arizona and Maricopa). Should you wish to grow chia for its seeds, beware as chia requires a long growing season to reach maturity.

The seeds of this little plant of the mint/sage family (Lamiaceae) are a pseudo-cereal, rich in vitamins, minerals, omega-3 fatty acids, antioxidants and fiber. Quercetin, an antioxidant found in chia, can reduce the risk of developing heart disease. The high fiber may help reduce insulin resistance and improve blood-sugar levels.

People in Mesoamerica began to transition from food collection to food production 10,000 years ago, first cultivating corn, beans and squash, to be followed by other domesticates and cultivars. Chia appears in the archeological record in the region around 3,400 BC
When the Spanish began their conquest of Mesoamerica in 1519, they documented at least 29 domesticated crops. The most common dietary components of the Aztecs and Mayans were corn, beans, amaranth and chia. The Aztecs believed chia was gifted to them from the goddess Chicome coatl, “the creator of life,” making chia not only a food, but a ritual food to be offered to the gods during ceremonies.

Spanish friars documented the importance of chia in the Florentine Codex (1548-1585 C.E.). Chia consumption eventually was repressed by the Spanish and replaced by European crops like wheat and barley. For hundreds of years, chia was no longer a valuable food, found only among small populations in remote areas. Yet, it did not completely disappear. Hints have lingered in the landscape indicating chia’s once revered status as a grain. The Mexican state of Chiapas, in the lands of the ancient Mayans, derives its name from the Nahuatl word Chiapan, “River of Chia.”

In the 1980s, chia was grown primarily for the booming chia pet industry with an estimated 500,000 chia pets sold annually at the peak of the craze. Today, with doctors and nutritionists promoting its health benefits, chia has increased in economic value, and new, patented varieties have allowed expansion of crop production for seeds north into cooler climates like the United States.

Chia is making a comeback. Maybe the Aztecs and Mayans were onto something.

– Alycia Hayes is a Master Gardener volunteer working toward full certification with the University of Arizona.
– This column was first published in the July edition of InMaricopa magazine.

Phelps: How to keep our students safe 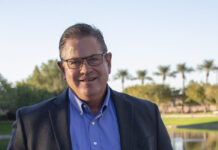 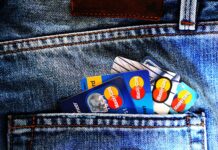 Expert: How to play the credit score game 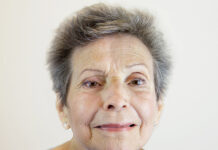 Koczor: The explanation of a complex topic, inflation 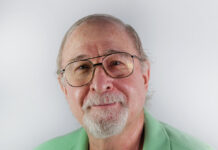