There was no mention of an ice-skating rink being among amenities at Lake View Park during the groundbreaking ceremony Tuesday, but it was plenty chilly — so much that Mayor Nancy Smith said it reminded her of a winter day in Illinois when she was growing up.

Along with the bundled-up crowd, special guests for the groundbreaking at the site, at Powers Parkway and Placone Lane, included Smith and Vice Mayor Rich Vitiello. 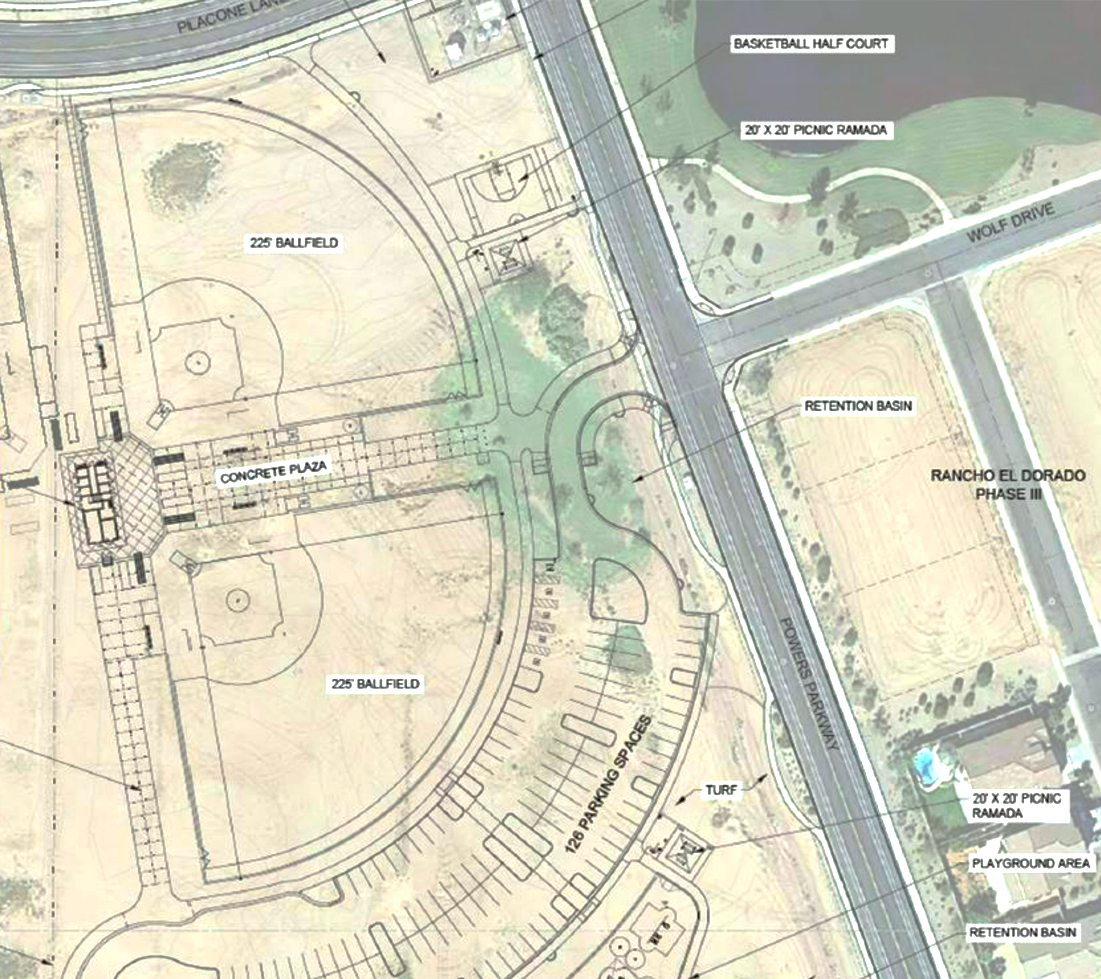 While the new park will have no ice-skating rink, it will have an abundance of amenities designed to relieve crowded existing parks in the rapidly growing city.

Phase 1 of the park is scheduled to open this fall with two regulation-size Little League baseball fields, restrooms, concession stands, lighting and parking areas, according to Deputy City Manager Benjamin Bitter. Picnic ramadas and a playground also are in the design.

Smith shared that she was a tomboy and loved playing baseball with her friends on a sandlot. She remembered the community coming together, regardless of the weather, and how much fun they had.

“And I can tell you that we didn’t have any parks like what this one is going to be,” Smith said. “They also had trees. We were climbing on the trees, just a fun time.

“So that’s what I think about when I think about opening a park, just the community that comes together. This provides another opportunity on this side of town and we welcome that. I think it’s going to be thrilling for this neighborhood, all the kids that can walk here and play here and I’m excited to see it. I hope to bring my grandkids, as well.”

She said this new park would provide another opportunity for the community and she was excited to see it come to fruition.

Vice Mayor Rich Vitiello, echoing Smith’s need to care about youth, said the city will continue to bring great parks like this to the city, and mentioned new developments at Copper Sky, including a hospital and more ball fields.

“This is another great day for Maricopa and for the children of Maricopa,” Vitiello said.

Phase 1 of the park is scheduled to open this fall with two regulation-size baseball fields, restrooms, concession stands, lighting and parking areas, according to Deputy City Manager Benjamin Bitter. Picnic ramadas and a playground also are in the design.

A photo gallery of the event by Bryan Mordt.