According to Maricopa Police Department, a student brought a traditional thermometer to a science lab, where it was dropped, spilling an amount of mercury. On campus, the container was described as a vial.

Students were evacuated from the affected building and taken to the football field while firefighters donned HazMat gear to clean up the affected area.

“Everyone started yelling, the teacher tried to quiet us down,” sophomore Robert Stewart said. “Mob panic, I guess. Seems a bit dramatic, but I get it. They rushed us out of the building like it was gonna explode. A little dramatic.”

“I was confused, wondering if a student threw it down to be an idiot,” freshman Eonna Mooney said.

According to the Environmental Protection Agency, the health effects of mercury exposure can be “very severe, subtle or may not occur at all,” depending on the nature of the exposure. Mercury is a neurotoxin that can attack neurons in the nervous system.

Senior Emily Goncalves said she was in her Anatomy class when the building went into a teaching lockdown near the end of the class period. Students were then sent out of the building where “crime scene tape” was already up.

Zachary LeClair was lighter about the situation. “I was happy, because I got out of class.” 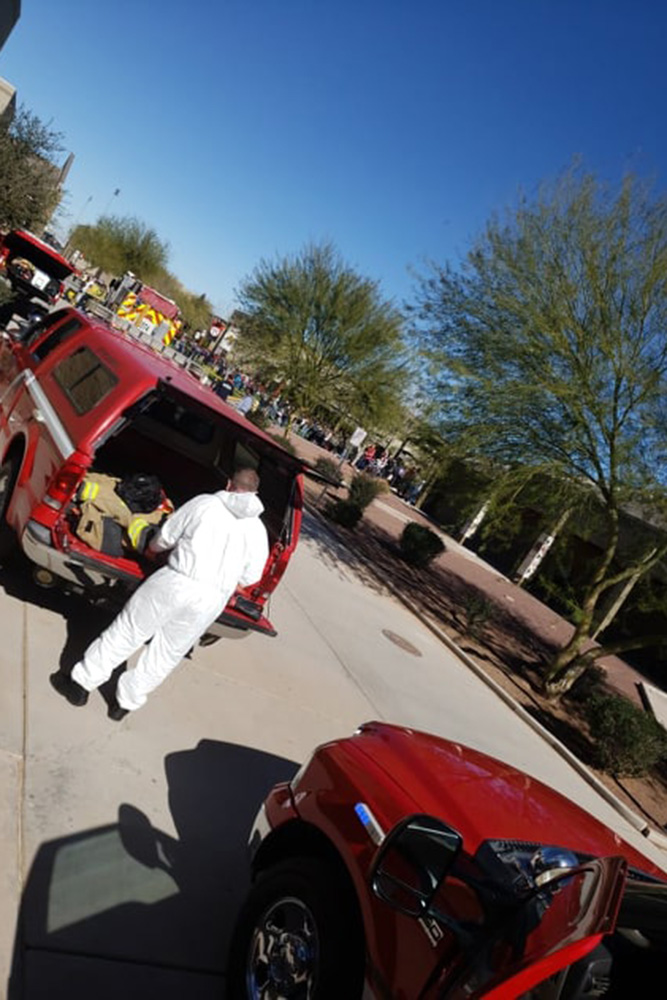