Cast members of Maricopa High School’s production of Fiddler on the Roof performed “Tradition” from the musical on the ASU Gammage stage Saturday for the High School Musical Theatre Awards. MHS Theatre Company was among 26 troupes competing for prizes. It was the third straight year they have participated. Three performers – Antonio Gonzales, Douglas Moulton and Taryn Story – were Top 10 finalists in their individual categories, and MHS Tech Theatre was a finalist in sound design and set/prop design. The night was dominated by Mingus Union High School’s “Newsies,” a Broadway musical schedule to be performed next spring by MHS Theatre Company. 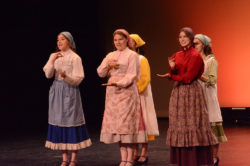 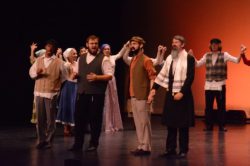 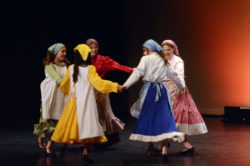 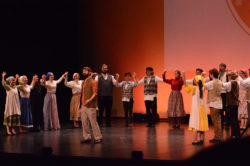 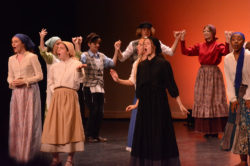