At times exhibiting their strongest play of the season, Maricopa High School’s varsity football team came up short against Casteel Friday night in a game that could bring new challenges to next week’s finale.

Casteel won 41-27, leaving the Rams with a must-win against Gilbert if they wish for a chance to make the playoffs.

“I thought we had a good game plan. I thought our kids were focused,” head coach Brandon Harris said. “We had a good week of practice. I’m proud of them. They came out and played real hard.”

Senior running back Mister Chavis suffered a blow to the head that may have been a concussion. If so, his ability to play Friday is tenuous. Junior running back Steven Forester definitely won’t be playing against Gilbert – he was ejected in the first half after making a nice run to the red zone but responded with over-exuberance that drew three penalty flags.

“We’re building something here. We just need more bodies, and we don’t have them,” Harris said. “When we lose a guy, we don’t have the depth to fill in like teams that have 100 kids. So that’s kind of tough.”

Maricopa scored first after Dominic Hall intercepted Casteel to set up quarterback Daxton Redfern’s touchdown pass to Jackson Lindseth. However, the Colts answered on their next drive. Redfern’s 27-yard pass to Ilijah Johnson put the Rams ahead again.

“He had a great night tonight,” Harris said of Redfern. “He played really, really well. He’s grown up as a quarterback. He never had a varsity game ever before this season.”

Casteel scored back-to-back touchdowns for a 21-14 lead at halftime. Despite a 19-yard touchdown pass from Redfern and a five-yard rushing touchdown by Anton Avington Jr., Maricopa could not catch up again.

“The defense played great at times,” Harris said. “Our secondary didn’t hold up the way we needed them to, just not closing out on receivers.”

Maricopa will still be short-handed as it tries to qualify for the playoffs in a road game at Gilbert. The Rams also hope to benefit from the open division that could remove three or more of 5A’s top teams from the bracket.

Forester wasn’t alone in being thrown off the field in a tense game. Saying they didn’t need any help calling the game, officials tossed MHS Principal Brian Winter and Athletic Director Jake Neill off the premises in the second half (and even threatened to “call the cops”) after they complained about a late hit on Johnson.

Update: This story has been corrected to reflect the corrected spelling of Ilijah Johnson’s name. 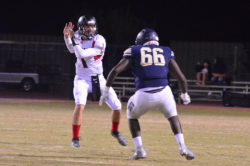 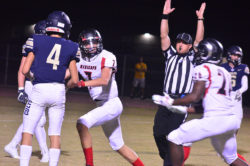 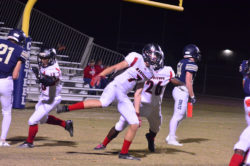 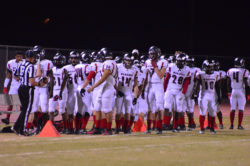 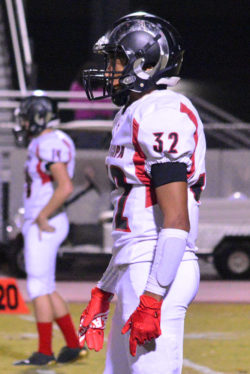 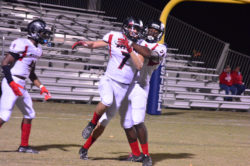 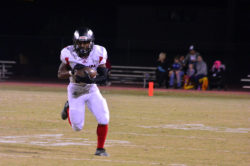 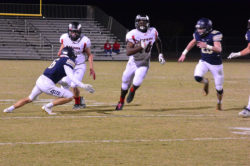 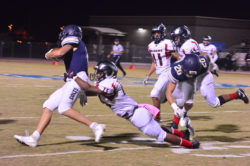 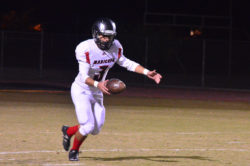 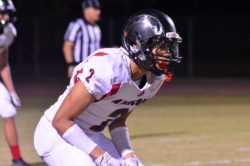 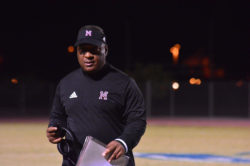 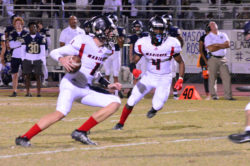 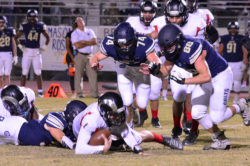 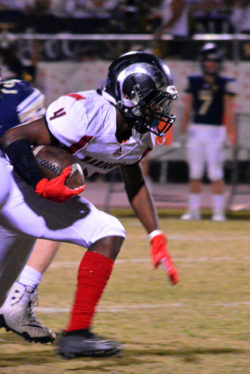 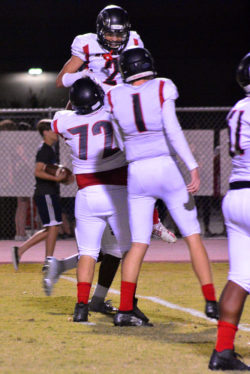 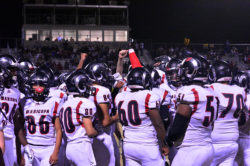 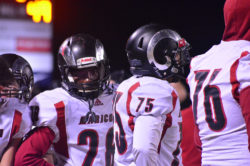 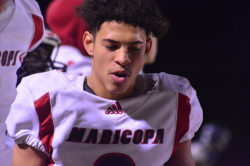 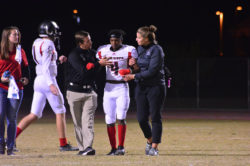 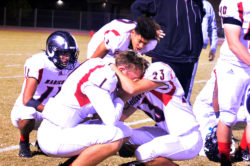 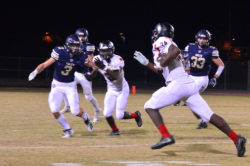 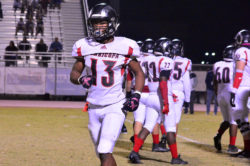 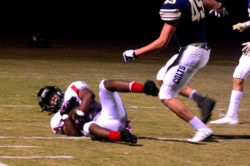 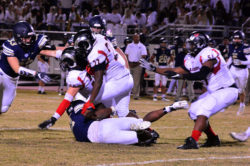 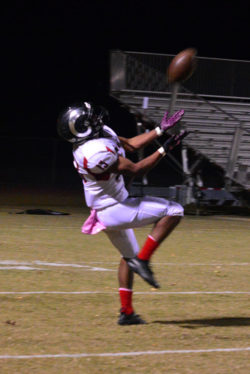 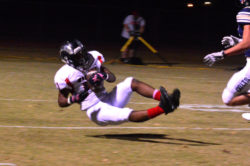 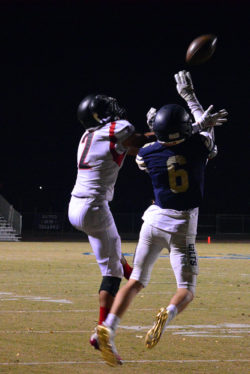 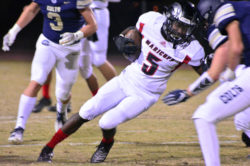